He believes that the high rate of homosexuality in Nollywood has consigned sex-for-role to the background. 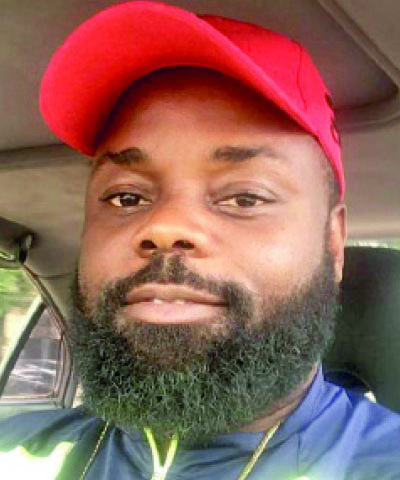 Christopher Etim Bassey aka Chris Bassey is an all-rounder. He is an actor, writer and director.

The Cross River State-born thespian, who recently added ‘politician’ to his resume, believes that the high rate of homosexuality in Nollywood has consigned sex-for-role to the background. In this interview, Bassey talks more on this and other issues.

How long have you been in the entertainment industry?

What are the works that you think stand you out?

Which of these works is more challenging?

The more challenging are the ones I did as a producer and director, because as a producer, you are given the task to finish a production and possibly make sure everything goes well, because after production, the most stressful part is the post-production. An actor will collect money to do a job and that is it, they don’t know the stress you go through while editing and trying to print the posters, promote or possibly take the movie to television stations and cable channels, and then to the market. So, being a producer is more challenging, but it is fun as well.

What was your attraction to acting?

I never loved acting; I started as a writer. But I think in 2012, Charles Inoje said, ‘Chris you have the face to act. You are a good writer but you can also act’. I said ‘Oga, this acting wahala self, I’ve tried it before but it didn’t work for me’. But then I decided to give it another try, and that was how it all started.

What was your first movie?

My first movie was Master of the Game. That was in 2004 before I took a break for like five years when I travelled out of the country.

What were the challenges you faced when you started?

For my first movie, I had to walk from Costain to the National Stadium, Surulere, Lagos, and from there, I trekked to Cele bus stop. And guess what, it was just for one scene. But at the end of the day, I was very happy that I finally made it to acting. I remember each time I went to the National Theatre for auditions and there was no role, I felt unhappy. So, I decided to register in a professional school, Academy of Dramatic Arts and Music to while away time. But then it didn’t work out because I was very short and skinny and they would say ‘you are very small for this role’. When I couldn’t get it the way I wanted, I took a break. But opportunity came for me to travel, and the rest is history.

What impact would you say you’ve made in the industry?

I remember when I used to beg for roles, and I would call this production manager, this producer and that director, and they would say, ‘oh you didn’t call me earlier’. Some would even ignore my calls but when I started producing, I saw the stress they were going through and I saw reasons why some of them did not give me roles then. It was because they had a lot on their plates. But what I tried to do was to accommodate the little I could, those that I knew fitted those roles because 80 per cent of jobs I’ve directed so far, I wrote the scripts. Also, 70 per cent of the jobs I’ve done, I didn’t do them on man-know-man basis; I always made sure they went through audition process. I didn’t do table casting because I believed everyone must merit a role.

Some actresses complain of sex-for-role, are actors also having the same problem?

The industry is not the way it used to be because now the rate people engage in homosexuality is too high. But then, when a lady presents herself to a man and say ‘I want you to help me, this is what I can do’. There is a way a lady will present herself and the man will listen to her, but not when you want a role or someone to help you, you are going the other way round. Yes, sex-for-role happened in those days, but I believe not anymore. Gone are the days when you had to sleep with someone to get a role, it doesn’t happen again. Even if it does, the percentage is very, very low. These days, you have directors that have their own academies, they want people to register under them and possibly from there, they can get roles. So, I don’t think sex-for-role is still happening.

Most Nigerians believe that some of the things you people do in movies have spiritual undertone, how do you deal with these?

I am from a very, very spiritual family; spiritual in the sense that my father was a traditional ruler, so whenever I do a movie, I am always cautious about anything that has to do with graveyard, shrine, and mystical things. I try to avoid it and that is why I stick to contemporary comedy. I normally get such invitations, ‘oh, your bears, I need your bears’, but I decline this a lot because I know where I come from, and the repercussion. And when it comes to roles, I am very selective. Like I always say, I am not a desperate actor; I do lots of things that bring food on my table.

Is it true that your state government gave you appointment?

My state governor, Professor Ben Ayade appointed me as a member of the Cross River State Entertainment Board. We’ve been tasked to make the movie industry in Cross River State called Callywood envious to all. Shan George is the chairman of the Board. What I am trying to do is to contribute my quota to make Calabar, the Cross River State capital, not just known for carnival but also for anything that has to do with entertainment and tourism. In the last two to three years, I have taken about three productions to Calabar and this has benefited the up and coming actors.