Many of the remaining staff will suffer steep pay cuts and will see significant changes to their contracts. 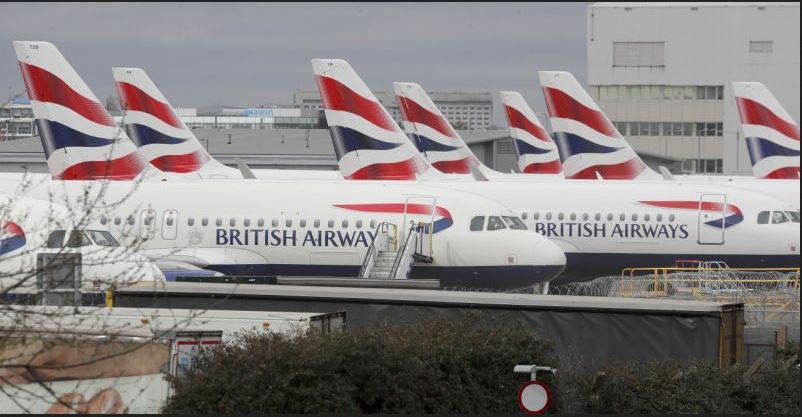 More than 10,000 British Airways staff are being made redundant as the airline scrambles to cut costs.

In a sign of the brutal cuts workers were facing at Britain's flag carrier, more than 6,000 employees across the business applied for voluntary redundancy.

A further 4,000 were due to be told yesterday that they were being laid off.

Many of the remaining staff will suffer steep pay cuts and will see significant changes to their contracts.

Long-serving cabin crew claim they could lose up to 50 per cent or 60 per cent of their income from the shake-up – which caps the amount cut from their basic pay at 20 per cent but will strip out a number of take-home allowances.

BA has been at loggerheads with cabin crew unions Unite and GMB over the job-cutting plans, which it insists are crucial to its long-term survival.

BA's owner IAG plunged to a £3.8billion loss during the first six months of the year after the number of passengers on its flights fell by 98 per cent in the second quarter.

The company is planning to raise £2.5billion of emergency funding, backed by its largest shareholder Qatar Airways, to shore up its finances as it fears it could take until at least 2023 for business to recover.