The boy explained that the mark on his face was given to him by his mother because he broke a plate while washing it. 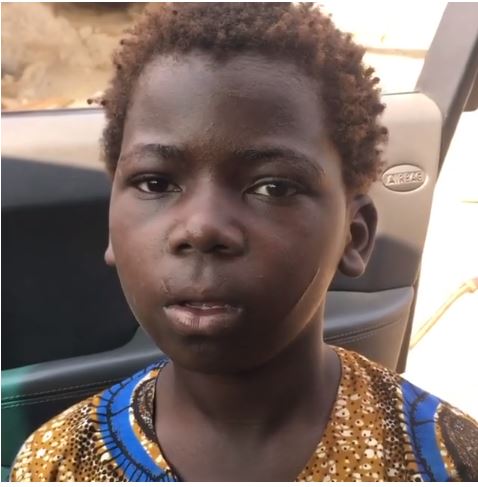 A boy was found looking unkempt while begging on the streets and when he was questioned, he opened up about being abused by his mother.

A Good Samaritan who sighted the boy asked why he was out in the street and he said that his mother sent him out to look for what they will eat.

The boy named Emma explained that the mark on his face was given to him by his mother because he broke a plate while washing it. The Good Samaritan asked in disbelief if the woman is his mother or stepmother and he said it's his biological mother.

The boy, who looks no older than 12 years old, also revealed that he doesn't go to school but spends his time begging to provide for his family.

Mother allegedly scars her son's face because he broke a plate, then sends him out to beg. . The boy said in the video that his mother gave him the scar on his face because a plate fell while he was washing it. He added that she sent him out to look for food for them. . 📹@celebritywatch_ng