Ogbonna was being detained and tortured by the DSS over comments against President Muhammadu Buhari on his Facebook page. 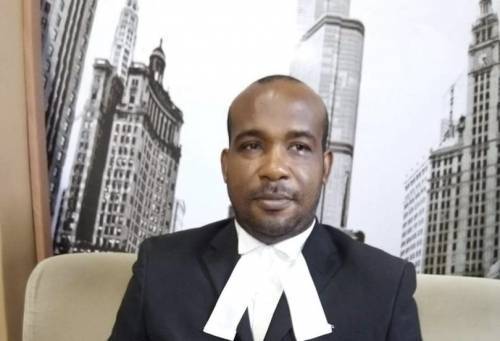 A human rights lawyer based in Abia State, Emperor Gabriel Ogbonna, is being held in the custody of the Department of State Service for three months now despite court rulings ordering his release.

SaharaReporters gathered that Ogbonna was being detained and tortured by the DSS over comments against President Muhammadu Buhari on his Facebook page.

Torture of detainees by law enforcement agents is a clear violation of Section 36 of the Nigerian constitution, which guarantees an individual’s right to a fair hearing as spelt out by the Administration of Criminal Justice Act signed into law in 2015.

Ogbonna was arrested on March 24, 2020 by over 20 police officers in company with Chief of Staff to Abia Governor, Tony Agbazuere, and former Commissioner of Police, Ene Okon, in his office for making some critical comments about Buhari and the governor via his Facebook page.

He was subsequently arraigned for cybercrime and publishing false and threatening messages through the Internet against Governor Ikpeazu at a magistrate’s court in Umuahia.

However, because the Magistrate court lacked jurisdiction to hear the case, he was remanded at a correctional facility until April 28 when he was arraigned before the Federal High Court in Umuahia and was granted bail.

Ogbonna was, however, rearrested by DSS operatives on his way out of the correctional facility in Umuahia on the same day despite perfecting the bail conditions.

SaharaReporters learnt that the DSS moved the lawyer to its office in the state and subsequently its headquarters in Abuja where he has been in custody despite calls for his immediate release from several local and international human rights organisations including Amnesty International in Nigeria.

In some of the charges brought against him at the Federal High Court in Abuja and seen by SaharaReporters, the legal practitioner was accused of describing Nigeria as an Islamic Republic.

In some of the charges filed by Abubakar Musa, Senior State Counsel, Department of Public Prosecutions of the Federation and Ministry Of Justice, Ogbonna was accused of publishing materials for the purpose of insulting and causing hatred, ill-will against President Buhari.

Part of the charges read, “That you Emperor Gabriel Ogbonna between February and March 2020 within the jurisdiction of this honourable court through your Facebook page published materials you know to be false for the purpose of insulting and causing hatred, ill-will against the President of the Federal Republic of Nigeria and Commander-in-Chief.

“My Lord, the summary of this case is that following a petition by the Centre for Peace and Unity against the defendant alleging him of plots to destabilize the country, investigation was launched. In the course of the investigation, it was revealed that between February and March 2020, the defendant made several posts on his Facebook page that are racial/xenophobic in nature and are inimical to the corporate existence of Nigeria.

“The defendant made the posts inciting the Igbos against the Fulani and Northern Nigerians. The defendant in some of the posts called on Igbos to secede from the country.

“My Lord, intelligence revealed reasonable suspicion of the defendant subtly pushing for the agenda of proscribed Indigenous People of Biafra. The defendant has made a voluntary confession.

“My Lord, during the trial, the prosecution shall lead evidence to prove the guilt of the defendant based on credible and undisputed facts.”