A thief who went on a shopping spree with a stolen card has been apprehended in Niger. 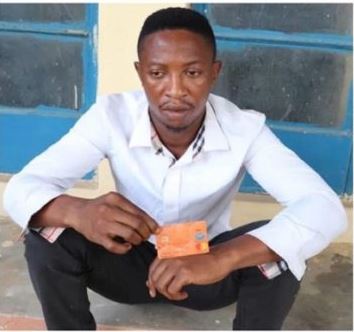 Joseph Onuwa
Police Operatives attached to SARS Unit Minna, Niger State, have apprehended a 37-year-old man, Onuwa Stephen from Benin, Edo State.
The suspect was arrested at Obasanjo Shopping Complex Minna while he was about to purchase a large number of phones with another person’s ATM card.
During interrogation, the suspect confessed to have loitered around the premises of a Commercial Bank in Minna where he tricked a customer, spied her pin and swapped her ATM card.
Top Stories