A media personality has been called shallow-minded after being caught wearing a butt pad. 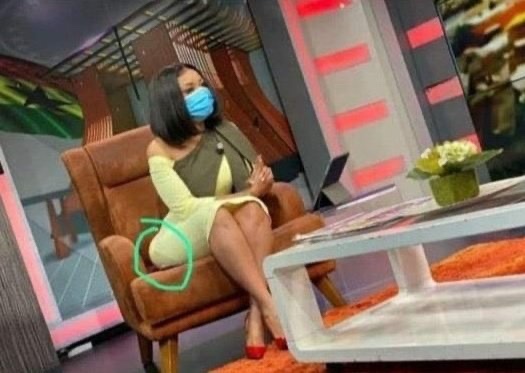 Serwaa Amihere
A popular Ghanaian news anchor Serwaa Amihere has been dragged on social media after she was caught on live TV with what many Twitter users claim to be ‘butt pad’.
The photo of the anchor wearing butt pad sent social media users into a frenzy on Wednesday, August 12 during an interview.
Twitter BNIs circled the part of her butt where they suspect she is wearing the butt pad and, trolled her effortlessly.
See how Twitter users reacted to her butt pad below. 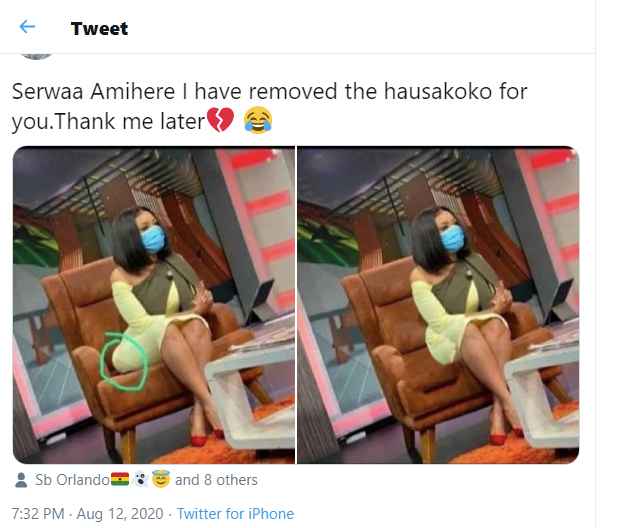 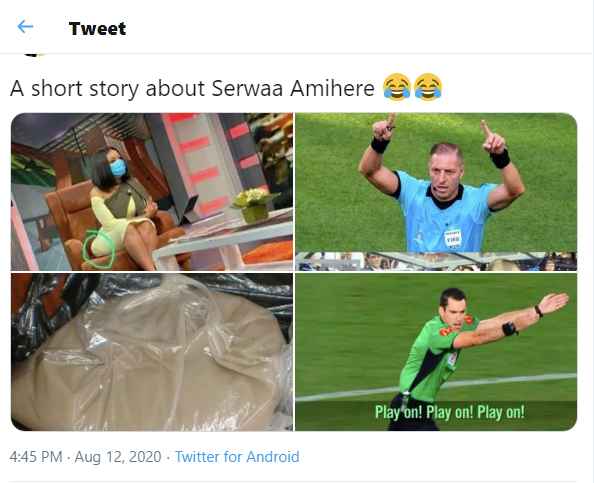 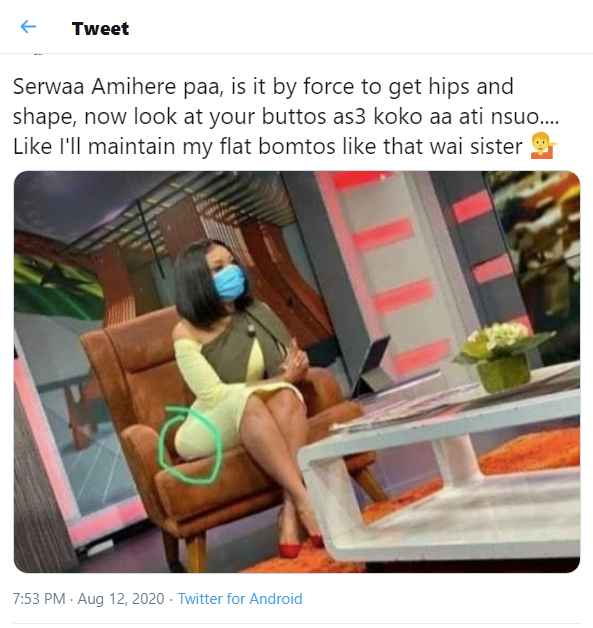 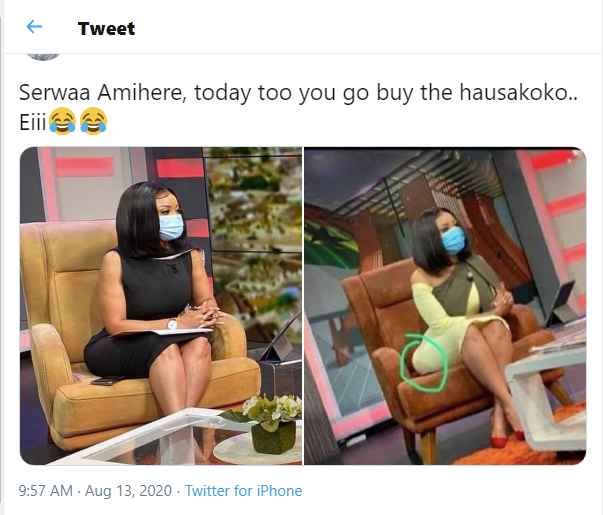 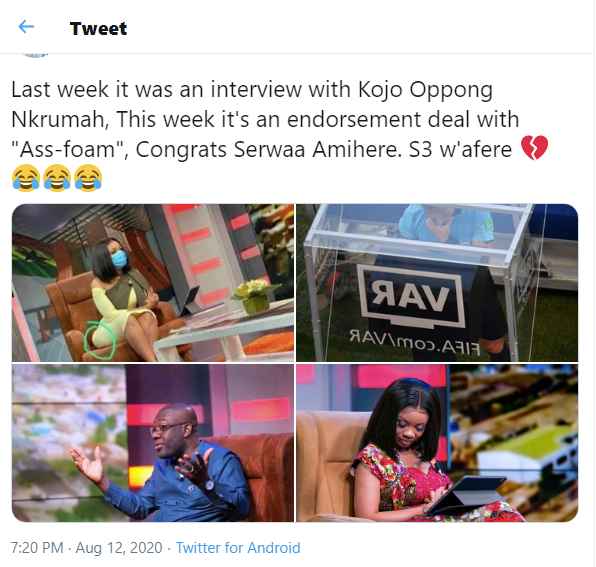