Pastor In Serious Pains, Cries Out As Enugu Govt Demolishes His Church, Property Worth Over N70 Million


Bamidele described the demolition which was supervised by the officials of the Enugu Capital Territory Development Authority, as ungodly and an attack on the body of Christ. 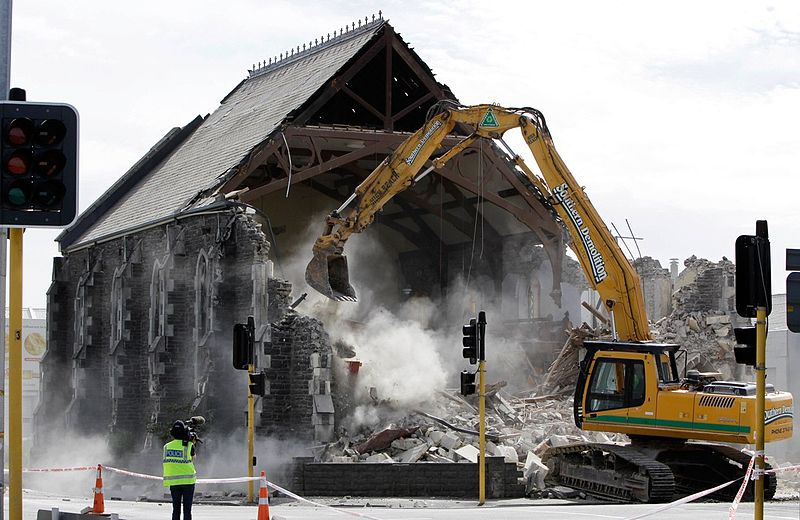 Mr Emmanuel Bamidele, the Administrative Pastor of the Master Builder Global Church, Enugu branch has condemned the demolition of the worship centre situated at No. 19, Park Avenue, GRA, beside the Enugu Golf Club by Enugu State Government, PM News reports.

Bamidele described the demolition which was supervised by the officials of the Enugu Capital Territory Development Authority, as ungodly and an attack on the body of Christ.

He said it was absurd that a government that claimed to have a Christian governor would demolish a worship centre.

Bamidele said, “The owner of the property is overseas. The property was leased to the church for a certain number of years because we did not intend to stay permanently on the property.

“So, when we started, we applied to the state capital territory development authority to put glass tenet but approval was denied.

“So, we decided to put an ordinary tenet. However, before the outbreak of the coronavirus pandemic in the country, the ECTDA came and sealed the premises. We called the governor who after listening to us said that it would be resolved amicably. We have had a meeting with the Chairman of the ECTDA, Dr Josef Onoh, and we are still discussing.

“Regrettably, on Wednesday at about 10 am, I was in the church with our members, suddenly I heard a bang on the gate. I decided to look through the window and saw a bulldozer pulling down the perimeter fence of the property. I ran out in the company with my colleagues and went to meet the person in charge.

“They didn’t talk to us and the bulldozer entered the premises and started demolishing the church tenet and all the equipment in it worth over N70m.”

Bamidele said that all his appeals to the officials of the ECTDA to allow them to remove their equipment, which he said were imported few days earlier, was rebuffed.