BBNaija: "Is Like You Are Stupid" Frodd Drags Omashola After He Compared Him To Lucy 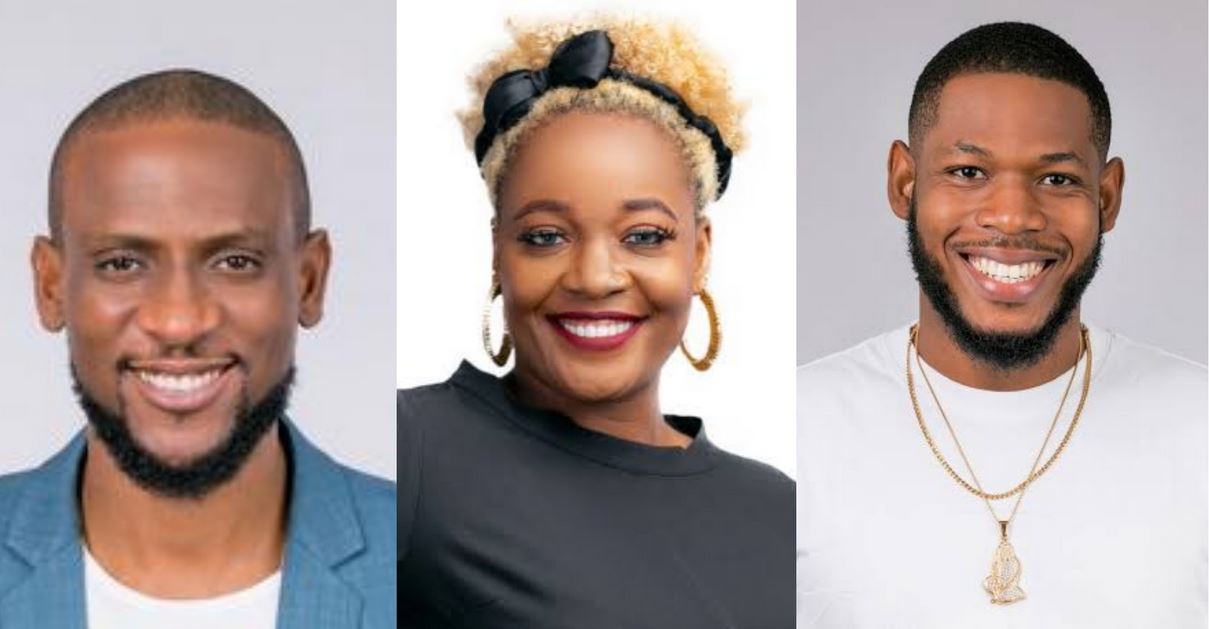 There was a mild drama on Twitter after ex- Big Brother Naija housemate, Frodd called out fellow former housemate Omashola after the latter compared him to current housemate Lucy.

"Lucy and Frodd who cry pass?" Omashola asked on Twitter.

Frodd didn't appreciate the comparison and he made it know in his reply to Omashola.

And Omashola replied: "Mad man, if I talk now you will start cry again..... Oya sorry." 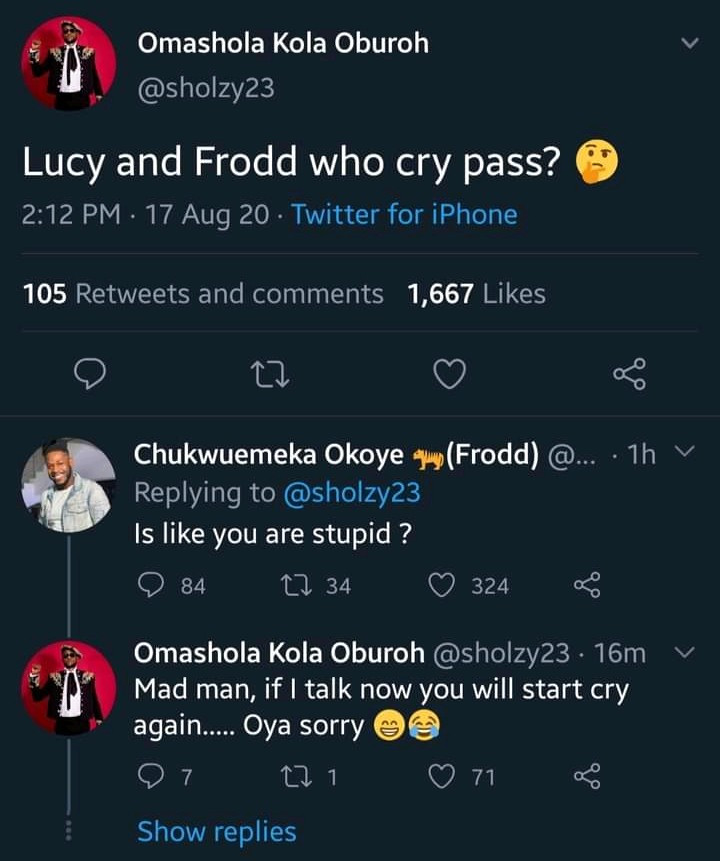