How I Turned Down 17 Honorary Degrees – Fashola Opens Up


Fashola said the various institutions came to offer him honorary degrees when he was governor of Lagos State for eight years. 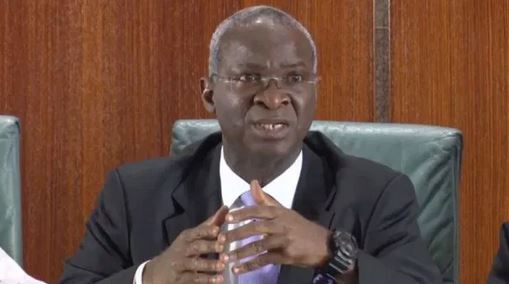 Babatunde Fashola, the Minister of Works and Housing, has revealed how he turned down 17 honorary degrees from Nigerian universities, PM News reports.

Fashola said the various institutions came to offer him honorary degrees when he was governor of Lagos State for eight years.

Fashola, who spoke when the Committee of Vice Chancellors/Association of Vice Chancellors of Nigerian Universities (CVC/AVCNU), paid him a courtesy visit, also stressed the importance of universities as a place where the characters of young people were finally shaped in readiness for leadership.

He lamented the proliferation and abuse of Honorary Degrees by universities in the country recalling that in his eight-year tenure as Governor of Lagos State and Visitor at LASU one of the things his administration did was to put on hold the award of any Honorary Degree for about two to three years.

“We said, look we are going to be different and for two or three years we did not award any Honorary Degree because truly the idea of Honorary Degree is an important building block of society and once we throw those blocks away or make them unviable then the purpose for it is lost”, the Minister said.

“The point I want to make is that we have to encourage our children to work hard. What have these honorees of the universities done to deserve the honour? What of those who have become undeserving, will you go back and tell them to return the degrees, that they don’t deserve it anymore?”

Stressing the importance of universities as platforms for character molding, among other functions, the Minister, who described investment in universities as “casting a stone of faith into the future”, said it was an investment that always yielded very enormous profit for any nation.

“It is a place where young boys and girls transit to becoming young men and women and that is where their characters are finally shaped in readiness to take over the leadership of the country”, he said, adding that as overseers of the institutions, the Vice Chancellors have daunting tasks to accomplish.

Assuring the University dons of government support to ensure success, Fashola declared, “Somebody like me, I am a product of an investment of those who set up the University of Benin. Also there are many Nigerians who, like me, are products of that act of faith that happened in the 1970s.”

“I sit here today, and there are Senators, Senate Presidents and so many other professionals who were also products of that investment. And what is true of the University of Benin is also true of all other universities across the country”, he said.

The Minister also charged the Universities on the collation and use of data, saying that the world was now chasing data and there was, therefore, need for the universities to put in useful form the data they have accumulated over the years to assist governments and businesses in the country in national development.

“The world is chasing data, collating data. This data is sitting in our universities. Almost every lecturer I know asks students to write one research paper or the other. The data is there, but can we put it in a useful form to inform our governments, to inform our businesses, to inform our society?”

Recalling his years as Visitor to the Lagos State University (LASU), Fashola, who noted that they had meetings which they christened “The Town and Gown”, with the Town representing Government and the Gown representing Universities, said his administration gained a lot in terms of research outcomes and development.

“It was a time when we had lectures, symposia, not just in LASU but in other universities”, he said, adding that the University of Lagos Consult was one of the state government registered consultants which his administration used to do a lot of research and a lot of consultancy work.

The Minister, however, expressed regrets that not enough universities were investing in such consultancy today, pointing out that there are many areas in which Nigerian universities could do research and consultancy such as on general elections and other political issues arising from elections across the country.