Following alleged fraud case inside the Mountain of Fire and Miracles Ministries, an interim manager has been appointed to manage the church. 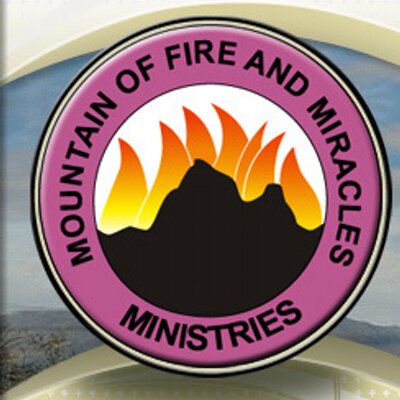 MFM
It has been revealed that the United Kingdom Charity Commission since August 2019, appointed an interim manager for the Mountain of Fire and Miracles Ministries International.
A report by Sahara Reporters revealed that the decision came due to fraud case taking place in the church. The UK charity regulator appointed an interim manager for the church following a 2018 inquiry which raised concerns over mismanagement of funds.
The inquiry was launched after MFM with an average income of £4m annually repeatedly failed to file financial information on time.
The commission also found two alleged incidents of fraud by former employees involving significant sums, both of which were not reported until a number of years after the frauds were discovered.
It then suspended the church Board of Trustees led by Dr Daniel Olukoya and appointed Adam Stephens of Smith & Williamson as Interim Manager.
Other trustees suspended include Florence Sankey O.A, Oluwafemi Emmanuel Oladipo, Bamidele Omotayo, Kehinde Williams, and Enock Sunday Olaniyan.
The commission however, didn’t state which of them engaged in fraud but it stated that the lead trustee had an issue without expressly mentioning Olukoya.
When contacted, one Stephanie at the Charity Commission press unit told SaharaReporters that she can’t disclose if the church had been returned to its original trustees until further checks were made.
SaharaReporters had in 2018 reported that a pastor and former members of the church alleged that Dr Olukoya and MFM had willfully and intentionally evaded United States Customs Service duties and had evaded tax payments to the government.
The pastor of a Maryland branch in the US averred in court filings that MFM and its General Overseer, Olukoya, engaged in "fraudulent activities" in the United States of America, claiming that MFM International was in the practice of knowingly and deliberately making false claims to evade U.S. Customs duties and taxes on books exported from Nigeria to America.
The nature of the activities stems from the fact that Olukoya shipped prayer books (specifically, “70 Days Prayer & Fasting” and “Pray Your Way Into...” to various U.S-based MFM branches with a cover letter categorising the books as “donations” to be distributed to local parishioners.
However, once delivered to the United States, instructions were then emailed to U.S. pastors by MFM International and or MFM USA instructing them of the price they must charge parishioners in selling these books.
The pastors were then instructed to remit the earnings of their sales to MFM International.
Angered by the report, Olukoya filed three libel suits against the Publisher of SaharaReporters, Omoyele Sowore, in Nigeria and another one before the District Court of Maryland, United States.
He said he was constrained to take legal action against Sowore, SaharaReporters Media Group Incorporated, and the Incorporated Trustees of Sahara Media Foundation for their alleged failure to desist from publishing false and malicious articles against him and his church.
While all the cases in Nigeria have been dismissed, that of the US is still ongoing.
Some Nigerian pastors recently questioned the rationale behind the inclusion of religious centres and charity organisations into the Company and Allied Matters Acts signed by President Muhammadu Buhari into law on August 7, 2020.
Several of the pastors have been hit by Charity Commission sanctions over the years in the UK for fraudulent activities.
Under the new law, religious bodies and charity organisations will be strictly regulated by the Registrar-General of the Corporate Affairs Commission and a supervising minister.
CAMA provides that the commission may by order suspend the trustees of an association or a religious body and appoint an interim manager or managers to coordinate its affairs where it reasonably believes that there had been any misconduct or mismanagement, or where the affairs of the association are being run fraudulently or where it is necessary or desirable for the purpose of public interest.
Top Stories