The session, which is being held through video conference, was convened following the military coup d’etat that was executed in the Republic of Mali on Tuesday. 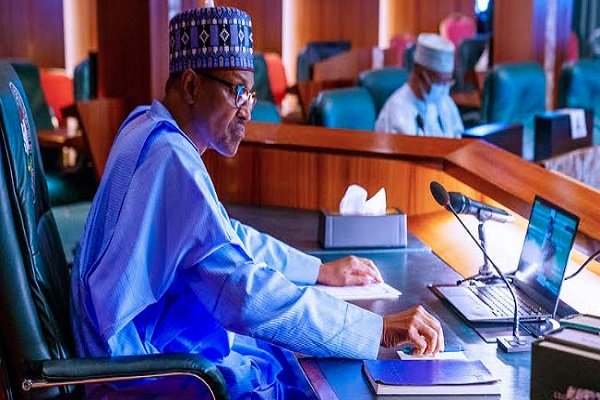 Nigeria's number one man, President Muhammadu Buhari is currently participating in a virtual Extraordinary Session of the Economic Community of West Africa States’ (ECOWAS) Authority of Heads of State and Government on the socio-political situation in Mali, The Nation reports.

The session, which is being held through video conference, was convened following the military coup d’etat that was executed in the Republic of Mali on Tuesday.

It would be recalled that rebel forces, on Tuesday afternoon, arrested President Ibrahim Keita of Mali and his Prime Minister, Boubou Cisse, and drove the pair to a military base on the outskirts of Bamako, which they had seized that morning.

Keita later announced early Wednesday that he had resigned to avert “bloodshed.”

ECOWAS, in a swift reaction to the coup, condemned the action of the Coupists and vowed stiff sanctions against Mali, among which it said, would be closure of land and air borders of West African neighbours against the country.