Shocking! Nigerian Man Found Dead With His Head Cut Off On His Company's Premises


The deceased’s family urged the Rivers State Commissioner of Police, Joseph Mukan, to take over the investigation from the Woji Police Division, where the case was being handled. 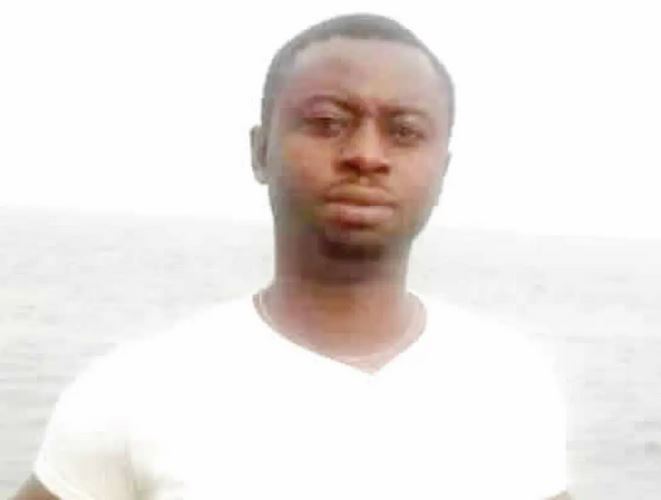 According to The PUNCH, the family of Kingsley Obot, a member of staff of Ellan Star Marine, has demanded investigation into the circumstances surrounding his death on the premises of the company.

The deceased’s family urged the Rivers State Commissioner of Police, Joseph Mukan, to take over the investigation from the Woji Police Division, where the case was being handled.

The demands were contained in a letter titled, ‘Gruesome Murder of Kingsley Okon Obot by Ellan Star Marine Company, Agbaraja Bridge, Woji, in the Obio/Akpor LGA’ and dated June 1, 2020.

The letter, signed by the family’s lawyer, Paulinus Idio, said the deceased’s headless corpse was found on the premises of the company on May 5, 2020.

The family said the victim worked with the company for about two months before he was allegedly beheaded on its premises during working hours and thrown into the sea.

Kingsley last spoke with his wife on the telephone on May 5, 2020.

His younger brother, Donald, who visited the company, was reportedly informed that he went out to drink and never came back.

“About 30 minutes after Mr. Donald Obot left the company premises, one Boco, a staffer of the same company, called Donald that the sea wave just washed up a corpse and that he should come and see if it was his brother’s body. Donald rushed back and identified his headless brother.

“Subsequently, with the threat of the SARS officers, they later brought Kingsley’s head within the company’s yard. The said body was taken with the head to a mortuary in Eleme the same day the brother visited the company, which was on May 29, 2020 and also found out that a certain chemical was used on the victim’s body for speedy decomposition,” the letter read in part.

The family alleged that the company had been threatening the life of the worker who found the corpse, adding that many other workers had died mysteriously on the premises.

Boco, however, said his life was not under threat.

The letter further read, “Our client reported the case at the Woji Police Division and seven suspects were arrested, but they were all released the same day wherein our client alleged compromise, as the IPO (Investigating Police Officer) was constantly calling him to settle with the company and allow the case to die naturally.

“We are not confident with the operation of the Woji Police Division and we are most fervently calling on you to take over the matter and arrest the perpetrators and investigate the case of murder and conspiracy to cover up.”

A spokesman for Ellen Star Marine, Peter Williams, however, denied allegations that many other persons had died on the company’s premises.

Williams said the deceased was believed to have been drunk on the day of the incident and had fallen into the water.

He said the family demanded N150m from the firm, which he said the company could not afford.

Williams said, “He was a ship officer of the company. From what we learnt, he fell into the water during the COVID-19 lockdown and many, who had seen him earlier, assumed that he might have gone home. No one knew that he had fallen into the water until one day when a barge was pulled out.

“The guys who usually worked with him were invited by the police. They were released and we discussed a settlement. The family demanded N150m and we said it was not done that way. We offered N500,000 and then N1.5m, but the family rejected it.”

The Rivers State Police Public Relations Officer, Nnamdi Omoni, said he was not aware of the case, but promised to find out and call back.

He had yet to do so as of Press time.