NBA President Speaks On Withdrawal Of Governor El-Rufai From Conference


Mr Usoro, on Friday, also denied the allegation of ethnic and religious bias against Mr El-Rufai. 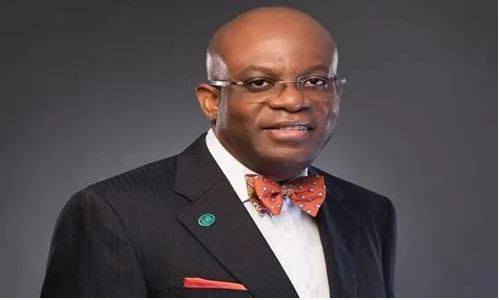 Paul Usoro, the President of the Nigerian Bar Association (NBA), has defended the association’s decision to withdraw the invitation earlier issued to the Kaduna State Governor, Nasir El-Rufai, to be a guest speaker at its Annual General Conference.

Mr Usoro, on Friday, also denied the allegation of ethnic and religious bias against Mr El-Rufai.

The National Executive Committee of the lawyers’ association, on Thursday, rescinded its decision on the participation of Mr El-Rufai who has been billed to be one of the main speakers at the conference.

The Kaduna governor was billed to speak in a session titled ‘Who is a Nigerian?… A Debate on National Identity.’

PREMIUM TIMES reported how Mr El-Rufai’s inclusion sparked protests among several lawyers, with some of them threatening to withdraw their participation. A group of lawyers, the Open Bar Initiative, petitioned the NBA, accusing the governor of human rights violations, allegations the governor denied.

Many lawyers also accused Mr El-Rufai of not doing enough to end the killings in the southern part of Kaduna State.

It was based on the complaints that the NBA leadership withdrew Mr El-Rufai’s participation.

In his reaction to the development, the governor said the decision was unjust and unfair. He accused the association of embracing a “one-sided narrative”.

“NBA platform or not, these worthy conversations must continue. He will continue to make his voice heard on the things our country needs to do for its progress.”

“While the decision about who speaks at its event is clearly the NBA’s, Malam El-Rufai wishes to make clear that he did not seek the platform and is not agitated that he has one less speaking engagement,” Muyiwa Adekeye, Mr El-Rufai’s aide, said in a Thursday statement.

Meanwhile, in a statement signed by its chairman, Garba Abubakar, the Dutse branch of the NBA threatened to boycott the conference if Mr El-Rufai is not recalled.

Mr Abubakar stated that the governor was not given the opportunity to defend himself on the allegations raised against him by a group within the association, before the resolution was reached.

“The motto of the Association is promoting the “Rule of Law” prudence and justice therefore demands that he be given the opportunity to defend himself before taking any decision that affects him.

“If complaints are to be judged on their face value and without due process, similar treatment is to be given to Governor of Rivers State Nyesom Wike who has serious allegations of abuse of human rights against him to the extent of demolishing residential houses and places of worship without observing due process,” Mr Abubakar said.

He accused the national leadership of the association of bias, saying a section of the country “cannot, therefore, take its members for a ride as they have fair understanding of the law.”

Amidst the raging debate over the actions of the NBA leadership, Mr Usoro, on Friday, defended its decision.

“I have received several messages from our members that have attributed ethnic and religious considerations to the decision. That is not correct and is very far from the truth. Neither the NBA nor NEC belong to any religious or ethnic group. We are lawyers and professionals dedicated to the ideals and the promotion and preservation of the Rule of Law and we belong to one indivisible family of the NBA,” the senior lawyer said in a press release on Friday.

He said the NEC did not infringe on the rule of law by dis-inviting the governor.

“As I point out in my letter, neither the NBA nor NEC set out to sit in judgment against Mallam el-Rufai and even from that prism, the principle of fair hearing does not apply.”

Mr Usoro added that none of the persons or parties who are opposed to the invitation of Mr El-Rufai to the conference has been offered the platform to advocate or propagate their viewpoints and positions and so the principle of not hearing the other side does not arise.

“We are one united Nigerian Bar Association with no religious or ethnic bias or predisposition and shall ever so remain,” he said.