When BBNaija Housemate Brighto, Proved To Be Another 'Lord Baelish'


BBNaija housemate Brighto has been compared to Lord Baelish by fans after on many occasions in Big Brother’s house he has shown to be a very strategic player. 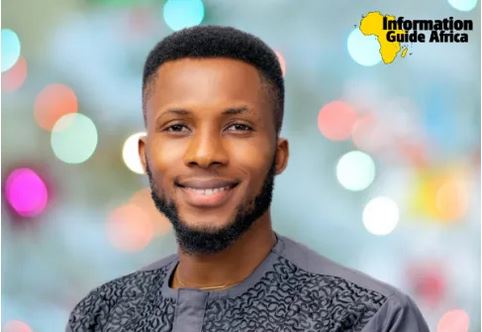 Big Brother Naija Housemate, Ezekiel Bright Osemudiame popularly known as “Brighto” since the reality show began has been largely compared to a Game of Thrones (GOT) character, Lord Petyr Baelish.

Lord Baelish in GOT portrayed by Aidan Gillen was a very witty, cunning, wise and strategic character in the seasonal movie. Known in full in the movie as Lord Petyr Baelish, he was the Master of Coin on the Small Council under King Robert Baratheon and King Joffrey Baratheon.

Alongside Lord Baelish’s wise and cunning ways he was a skilled manipulator and used his ownership of brothels in King’s Landing (fictitious city in GOT) to both accrue intelligence on political rivals and acquire vast wealth.

Housemate Brighto has been compared to this character by fans after on many occasions in Big Brother’s house he has shown to be a very strategic player who calculates every move before he makes them.

In Big Brother’s house today, Brighto while having a conversation with the head of house Kidwaya, said he had a joker card he could play anytime against Praise that would leave him very angry and pissed. He revealed further that he knows his weak point and what to say to make the fellow housemate angry and pissed that could even make him cry claiming Praise’s wife whom Praise always brags about is over 60 years old.

Upon asking him how he knows and if Praise told him this surprised Kidwaya, Brighto answered “of course he told me na.” Kidwaya probed further asking how he knows it is the truth and the purported Lord Baelish “answered trust me na.”

In another instance in the house, during the first-ever, housemate to housemate diary session, he said “If I am to break up a relationship in the house I will pick the one that is heading nowhere.

“And that will be Nengi and Ozo, this is because I will not want to break a relationship that has a goal or destination to attain.”

Previously, Brighto was likened to Lord Baelish after he advised fellow housemate, Lekan, who was growing in affection for Erica with low odds of Erica reciprocating these affections to Lekan to try harder in his pursuit of the former head of house.

Erica in the Big Brother house now is in a romantic relationship with Kidwaya, whom she told Lekan already she has affections for physically.

It is worthy of mention that before fans started comparing Brighto to lord Baelish, he was likened to be a pastor owing to the kind of looks and face the 29-year-old posses.