The minister said only N27 billion has been paid to the owed contractors while more certificates are piling up for the contracts that have not been paid. 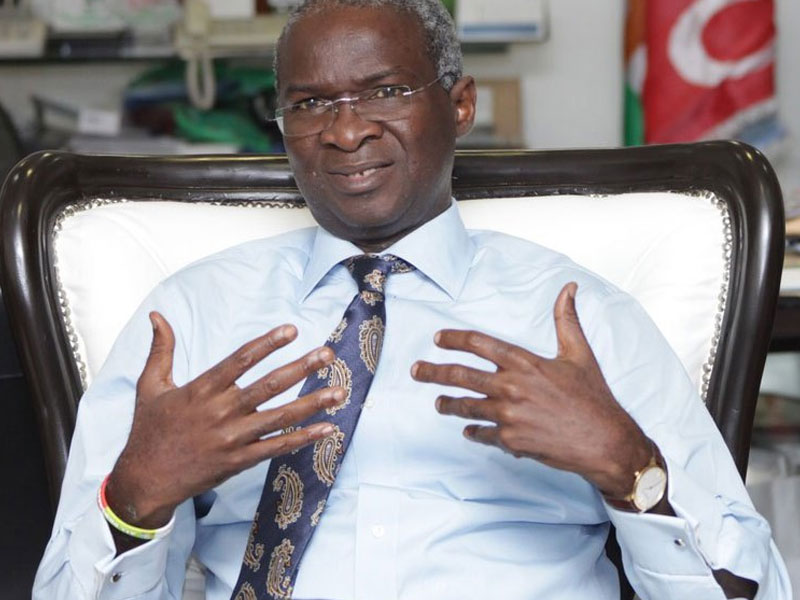 Babatunde Fashola, The Minister of Works and Housing has stated that the Federal government owes its various contractors N336 billion.

Fashola made this known during an interview with Arise Television while speaking on the challenges being faced in the Ministry which he supervises. He said only N27 billion has been paid so far to the owed contractors while more certificates are piling up for the contracts that have not been paid.

“Our debts as of the end of July, our outstanding and unpaid certificates, for example, were in the area of N336 billion. Now, the release we have from the ministry of finance for the second quarter is N27 billion. Then we have the Sukuk N162 billion. So, if you add that up, we are still way behind and more certificates are piling up for work that we haven’t paid.

When you divide N162 billion by 44 roads, what is left? That defines where we are in terms of the funding challenge.

At this moment, for example, FERMA is going to undertake 192 road repairs and maintenance over the next 12 months. They just sent me the implementation plan on Friday last week and they are good to go.” he said.