A black father was interrogated by police because they believed he had too many credit cards. 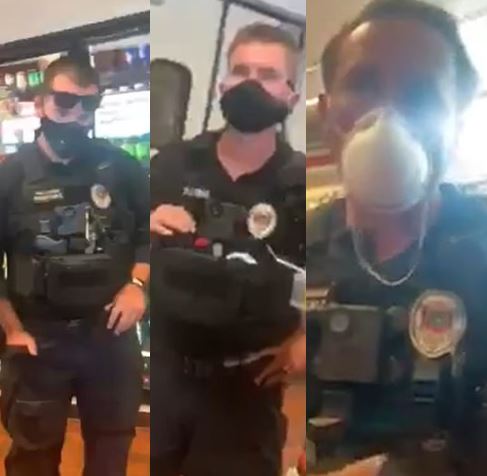 A video of Texas police officers interrogating a black father-of-six at an ATM has angered many viewers, as the decry the level of racism in the United States.

A black man identified as, Jacob Blake, was recently shot several times in the back by the police as his children watched in horror.

The incident occurred at a gas station in Burleson, Fort Worth, Texas, on August 12, after Brian Friar, had gone to withdraw cash from an ATM.

He was approached by white officers who asked him to prove that the cards in his wallet are his, as they asked for his ID as prove.

The police says to Friar:

“Prove to me that the rest of those cards are yours. You’ve got like ten there.”

Frair explains that he’s in a hurry to help his wife whose car has broken down but the cops refuse to let him go. They ask him to show all the cards in his wallet so they can match the names on the card to his ID.

Speaking after the video went viral, Friar said he filmed the exchange on his phone because he was frightened, saying:

“I hadn’t done anything wrong. They ran my name as though I was a criminal.”

“It was very racist to just come to me and ask me whose credit cards I had.”

Chief Cordell at Burleson Police Department confirmed the incident. He explained that the officers confronted Frair because they were approached by a patron in the convenience store who was in line behind Frair at the ATM and found it suspicious his transactions kept being denied.

In the video, Frair explains he forgot his pin number because he had so many cards. Police say the entire interaction lasted 6 minutes and they are happy to discuss the incident with the man.

Chief Cordell told Dailymail: "Our three officers had stopped in the QT to take a break and I am told were approached by a male (witness) who told them the gentleman was at an ATM machine attempting to get money while using multiple cards and that the transaction kept being denied.

"He said the man was acting suspicious. The officers approached the man, activated their body worn cameras and explained why they were contacting him.

"Officers observed multiple receipts and cards as described by the witness. Officers asked him if he minded sharing identification to match the name on the cards and he eventually provided identification and cards." 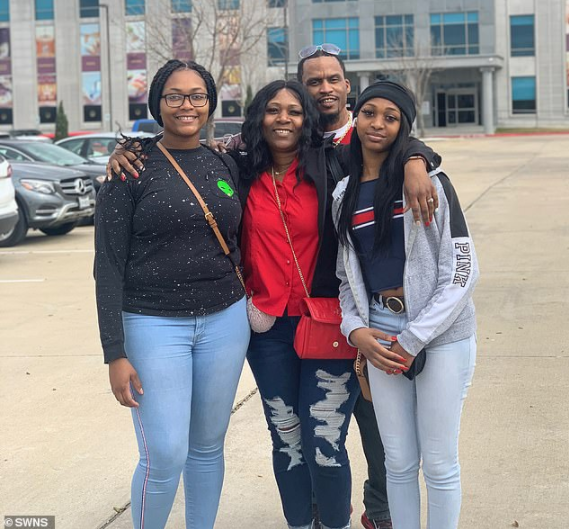 A video of Texas cops interrogating a black man at an ATM has angered viewers. . The incident occurred at a gas station in Burleson, Fort Worth. . The cops asked the man to prove the cards in his wallet are his. . The man explains that he's in a hurry to help his wife whose car has broken down but cops made him show the cards in his wallet and prove they belong to him. . At one point, one of the cops asks the man how he ended up in the suburb. . The video has renewed the conversation about racial profiling in the US.