A woman has advised her fellow side chicks not to give up on married men as she reveals how her married lover broke up with his wife to marry her. 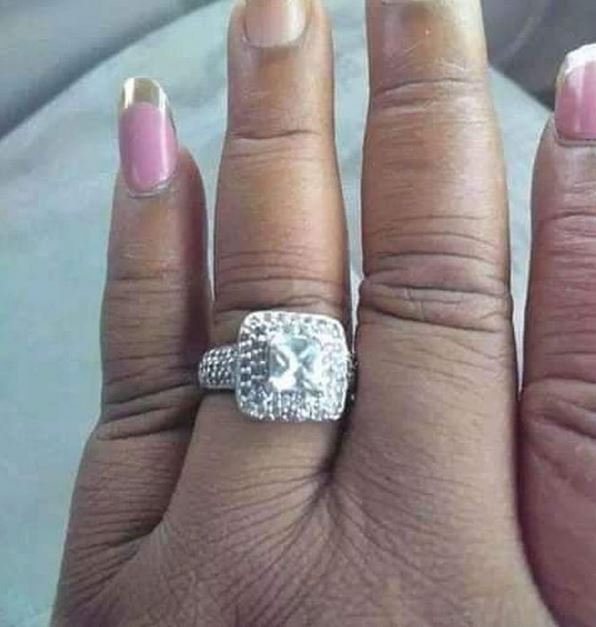 A Nigerian lady has stirred controversey online after she shared her story on how she broke up another woman’s home.

She sent her advice through a relationship expert who shared the news on a popular Facebook group on Thursday, August 27.

According to the lady, she met the said married man nine (9) years ago after he sent him a message on Facebook.

The lady revealed that she knew the man was married but decided to date him believing that one day, her side chick status would be upgraded to wife.

Well her dreams turned reality 9 years later as the said married man has now broken up with his wife and has engaged her. They are now set to walk down the aisle soon.

She then urged her fellow side chicks not to lose hope. “You’ll never be a side chick forever”, she advised.

Read Her Full Story Below;

“I met him on facebook 9 years ago. I knew that he was married with kids because his wife was always tagging him. I dated him anyway. Other sidechicks came and left because of his wife but i stayed with him.

“Last month he finally broke up with his wife. Today he proposed to me and i said yes. My advise to other women is that you will never be a side chick forever. 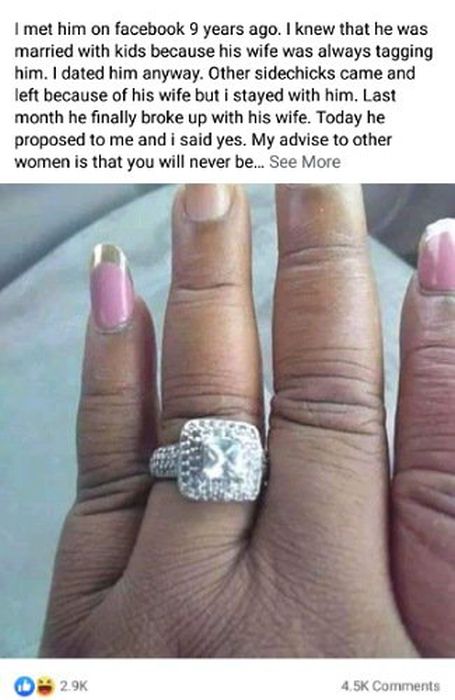