According to the actress, about 40 per cent of married Nigerian men are on the 'Down-low' (bi-sexual). 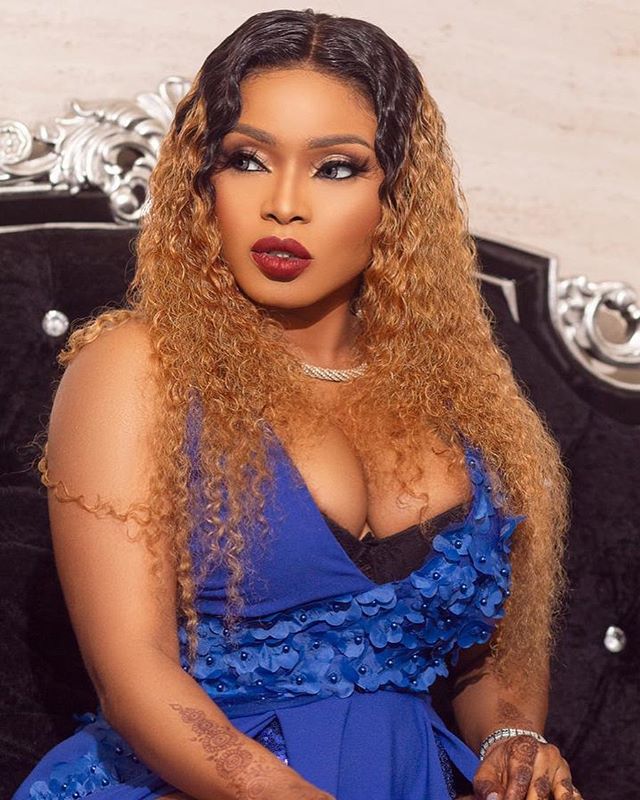 Halima Abubakar, a Nigerian actress took to her social media account a few days ago to send a cryptic message which set the platform agog as many of her friends and followers read meanings to the message.

The actress simply posted, “Don’t blame people who jump from one girl to another. Some times what they really want is another man. Don’t hurt yourself. Dust yourself and move on.”

In an exclusive chat with Punch, the Kogi state born actress shared her reason for the cryptic message. She revealed that about 40 per cent of married Nigerian men are on the “Down-low” (bi-sexual).

She said, “We have over 40 per cent of down-low (bi-sexual married men) in Nigeria, whether you want to believe it or not. Sadly, their families don’t even know. Instead of them putting their families through hurt, infect them with various diseases and end up killing their wives or themselves because they are scared to open up, I feel they should be truthful and realistic about their needs and put it first before anything.

“I know so many people who are married and they are bi-sexual. I’m saying this because it is the truth and those reacting are the guilty ones. Tell me why a man will change girls at random? What exactly are they looking for if it is not a man? Nigerians don’t accept the truth because half of us are hypocrites. I Halima Abubakar am telling you that a lot of people are bi-sexual. They should save the lives of future generations by coming out, if they don’t want to come out, they should not get married.

She continued, “If they want just a child, they can afford surrogacy. You won’t believe some of these people have nine children, tell me what they want nine children for only to go and end up with a man. That’s destroying somebody’s life.

I’ve been hinting about it for a long time now so I just needed to say it like this.”

The mother of one debunked rumours that her statement was directed to her long time friend, Tonto Dikeh, as speculated by some blogs stating that such comments were stupid.

“Is she a man? The people that said that are very stupid. How can they even mention Tonto Dike? Please let them stop putting my name in things like that. She is somebody that I’ve known for over 15 years why will I just make a post about her when it is not a birthday or congratulatory post. Look, I do not make enemies in my life and she is one of the people that I will never in my life say something against anywhere. People know that I am vocal, if I have a problem with you, I will ask you or call you. I am that bold, so why should I indirectly insult a friend?” the thespian said.