A woman has taken to social media to share photos of the expensive Mercedes Benz car given to her by her parents. 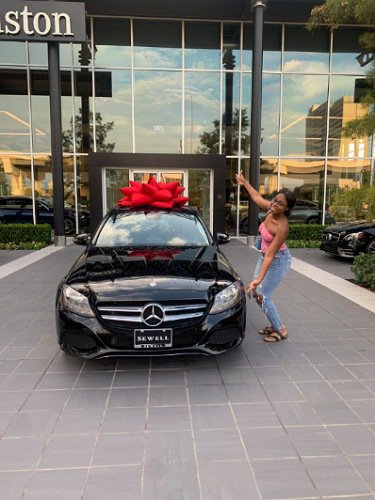 The car gift given to the woman by the parents
A young Nigerian lady has expressed thanks to her parents after they gifted her a brand new Mercedes Benz car.
The beautiful lady who is also a Twitter based content creator revealed that her excitement is hinged on the fact that the exotic car happens to be her very first car.
Lola who shared adorable photos of herself and her new expensive whip garnered attention on Twitter after her post generated thousand of Likes and Retweets.
Some Twitter users were of the opinion that it was wrong for her parents to get her a car since she can’t drive yet.
However, Lola noted that she’s been restricted from driving until she masters the art of controlling the wheel.
See her photos and post below: 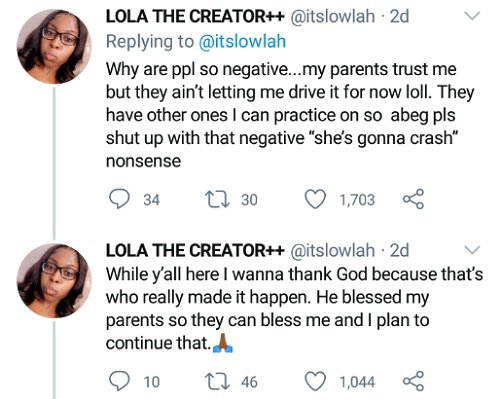 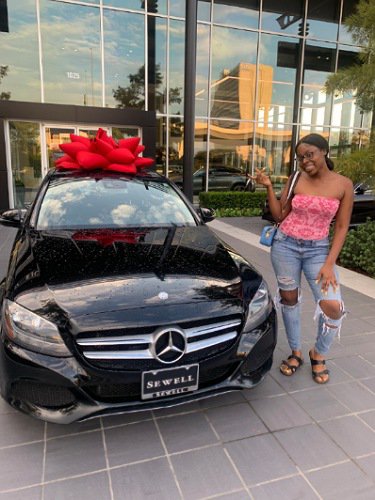 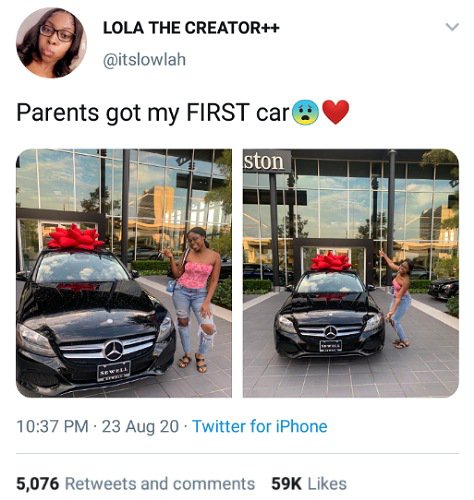