The pastor has released a video to clear his name after some women accused him of sexually assaulting them. 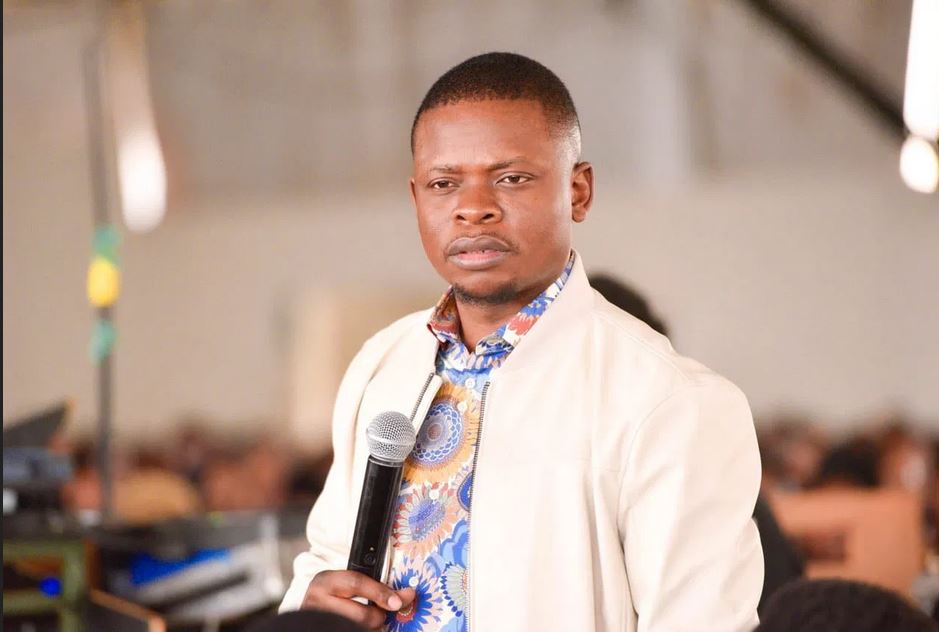 The Multi-millionaire leader of the Enlightened Christian Gathering church, Prophet Shepherd Bushiri has released a video which backed his denial of the rape allegation made against him by two women.

This came after the Police confirmed they are investigating the prophet for the alleged rape of two women.

One of the women who spoke to eTV in an interview that aired on Wednesday evening, alleged the pastor would stare at her during the church services and sometimes stood next to her during his sermons. Not long after that, a church elder allegedly told her Bushiri wanted to meet her at a hotel “to pray”.

“He insisted on a hug and tried to kiss me. I said no I can’t do this, you’re married. And he said ‘don’t worry about that’. He then touched me here [forehead] and I manifested."

The lady also claimed to have been under “some power that I didn’t even know” when he allegedly took off her clothes and raped her. He allegedly gave her R5,000 afterwards.

The other rape victim however claimed that he was  allegedly asked by the self-proclaimed prophet “to study the bible” at a hotel. She claimed to have found him naked when she got there.

“He asked me to take off my clothes and then told me to turn around. I was shaking and scared. I didn’t know what to do. After that he came on to me and everything happened.”

The second rape victim also alleged that she was also given R5,000 afterwards.

Reacting to the allegation, Prophet Bushiri stated that the law enforcement officials who he has been accusing of extortion for the past three years recruited women and children to come up with false rape allegations against him and his church members.

Bushiri warned the alleged extortion syndicate of a “serious legal suit” that will ensue with all the “overwhelming” evidence against it.

He wrote as he shared the video evidence he has;

For the last 3 years we have been dealing with extortion. A police officer at the Hawks called Phumla Mrwebi has been intimidating women and children to come up with false rape allegations against us.

This Mrwebi woman, for the past 3 years, has been running an extortion syndicate against me through sending girls to demand money from us and if we don't give, she told the girls to go public and accuse us of raping them.

We reported the matter in 2018 to several state institutions such as State Security Agency, Inspector General of Intelligence, police commissioners, and including the Independent Police Investigative Directorate (IPID) to bring this woman to justice and leave me alone.

As we are writing, this woman, working with Mashishi of SANCO, has again recruited several girls to be interviewed by ETV to accuse me of raping them.

Some of these girls, secretly came to us, demanding various amounts ranging from 50 000 to 2million Rands to their masters(as aforementioned) in order to stop the story from being aired by ETV. We recorded them and you can see for yourself.

Well, we told them we arenot giving a single coin to them to stop ETV from running this story. Etv must go ahead. We are going to sue you and your extortion cohorts.

This time we want to show you the power of money and justice.

We want to warn every party involved in this syndicate that I have overwhelming evidence of all their doings. A serious legal suit will follow and we will fight". 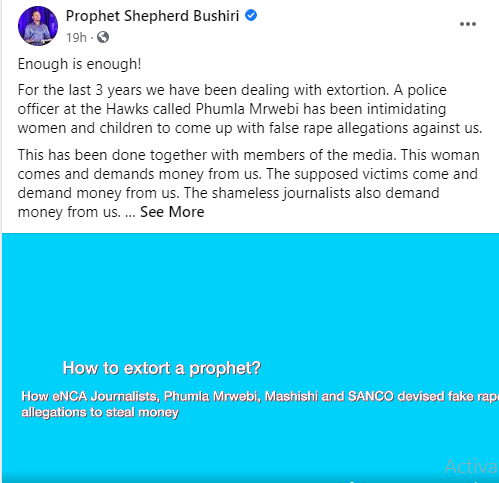