The meeting, being attended physically by former President Goodluck Jonathan, is being coordinated from the Council Chamber of the Presidential Villa. Daily Trust reports that President Muhmmadu Buhari is chairing a virtual Council of State meeting, nearly five months since it was suspended on account of Covid-19 pandemic.

The meeting, being attended physically by former President Goodluck Jonathan, is being coordinated from the Council Chamber of the Presidential Villa.

Vice President Yemi Osinbajo ; Senate President Ahmad Lawan; the Secretary to the Government of the Federation (SGF), Boss Mustapha; and the Chief of Staff to the President, Professor Ibrahim Gambari, are also attending physically.

Among the former heads of government sighted attending via video at the beginning of the meeting are former Military President General Ibrahim Babangida; Chief Earnest Shonekan and General Abdulsalami Abubakar.

Also sighted on video are some former Chief Justices of Nigeria (CJN). 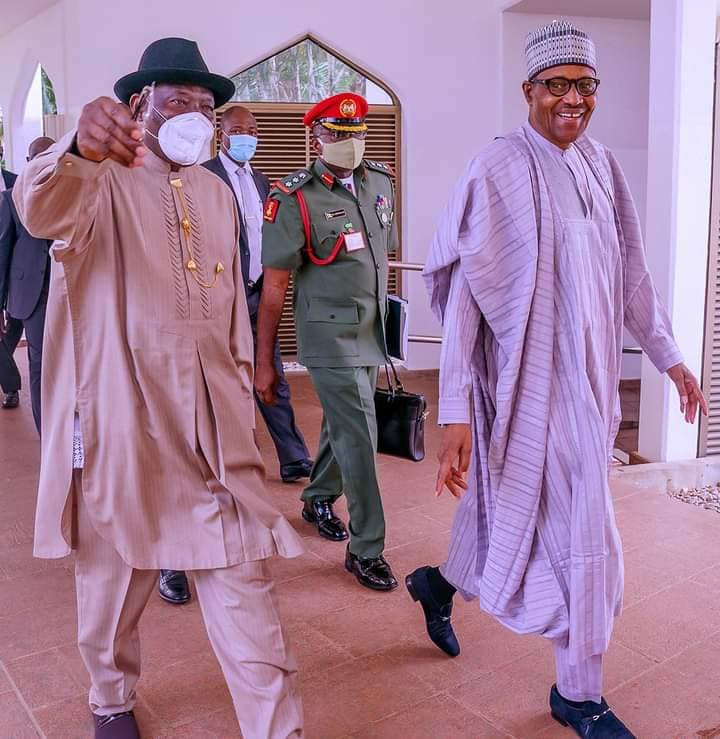 Also attending physically are the Attorney-General and Minister of Justice, Abubakar Malami and the Minister for the Federal Capital Territory (FCT), Mohammed Bello.

What is the council talking about?

The meeting is expected to review the security situation, the economic challenge, and the response to the COVID-19 pandemic among others.

It was suspended in March this year due to the outbreak of the novel coronavirus.

The last meeting of the council was held on January 22, 2019 and it was attended by former Presidents Olusegun Obasanjo, Goodluck Jonathan, former Head of Interim National Government, Ernest Shonekan and former military President, Gen. Abdulsalami Abubakar.

Who is on the council? 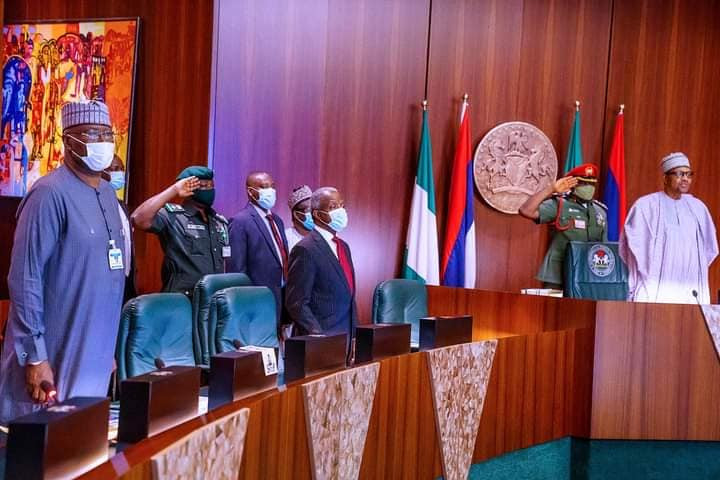 The council has the responsibilities to “advise the President in the exercise of his powers with respect to the:

“Advise the President whenever requested to do so on the maintenance of public order within the Federation or any part thereof and on such other matters as the President may direct.”