BBNaija: Dorathy Opens Up, Reveals Her Biggest Distraction In The House (Video)


One of the housemates in the ongoing Big Brother Naija reality show, Dorathy has talked about her biggest distraction. 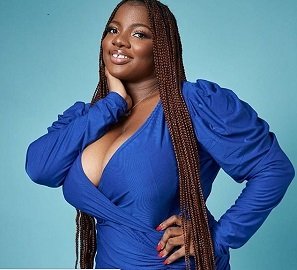 Dorathy, a Big Brother Naija, BBNaija Lockdown, housemate, has revealed that her biggest ‘distraction’ in the house at the moment is Brighto.

Dorathy told Biggie during her diary session on Friday.

She also suggested that she feels something really deep for Brighto, who seems to have been caught up between two ladies in the house.

The busty lady, after telling Biggie, asked him to advise her on the situation, adding that now she can’t even get close to Brighto because she cannot control herself when she gets close to him.

However, Biggie declined to offer any advice to her, insisting that matters of the heart are unpredictable.

Biggie to Dorathy: “And who or what is distracting you?

“But I just know that somehow I always don’t want to be around him.”

Dorathy's diary session(2)
Biggie: and who or what is distracting you
Dorathy: BrightO, i really don't know what it is, at some point, I thought it was infatuation but ........#BBNaijaLockdown #BBNaija pic.twitter.com/OxSrgbrtiV