Uti Nwachukwu Hails Erica For Having Sex With Kiddwaya, Condemns Nigerians Blasting Her


A popular Nigerian model and actor has praised Erica for sleeping with billionaire's son, Kiddwaya. 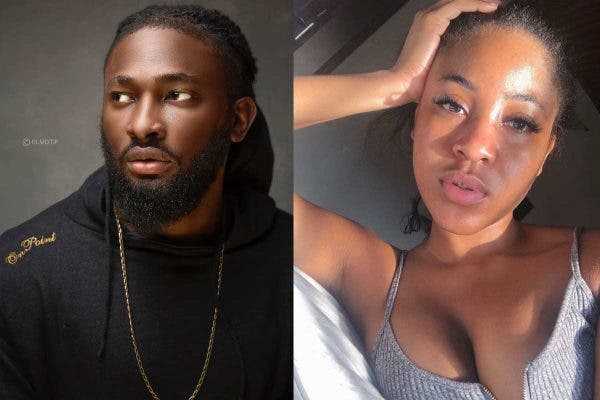 Uti and Erica
Former Big Brother Africa winner, Uti Nwachukwu has taken to social media to give Erica thumbs up for having sex with Kiddwaya on national television.
He didn't waste time to slam those criticising the actress.
The latest development comes after Erica yesterday confirmed that she had sex with Kiddwaya while the pair were in the Head of House lounge.
Since the pair shared the Head of House lounge during the fourth week of the show, many fans have been speculating that they actually got down with each other during that time.
They spent the full week together after Erica won the Head of House challenge and choose Kiddwaya, her love interest, as her deputy.
Speaking about that period with Neo earlier today, she confirmed that the pair did ‘crazy things’ while further stating that they did everything possible.
"If they show videos of all the things that happened in that Head of House lounge…even me I don’t want to watch it” she said laughing
Neo went on to ask the details of what they did, he asked ”Blowjob?” and she responded ”I did everything”

Her story didn’t sink in well with some viewers as they took to social media to slut-shame her, and Uti Nwachukwu took to his Twitter page to slam her critics.
He wrote;
"at least star gyal #Bbnaija Erica is Enjoying hours and hours of Billionaire Orgasms not Kpekere suffer head 5mins tickling.. if i hear PIM!!! E PAIN UNA!!
If u are not a Virgin,
If u have ever made out (lolox)
and u condemn Erica because of any fabricated nonsense, then 600 years suffa for u and ur cohorts
Its always the struggling ones that blab blaber blabbest! #BBNaija
ELITES! DEM GO CLEAR ROAD FOR STARGYAL!!"