BBNaija: Brighto Reveals Housemate He Would Like To Kiss


Nigerian reality star, Brighto has opened up about his emotions revealing the housemate he would love to kiss. 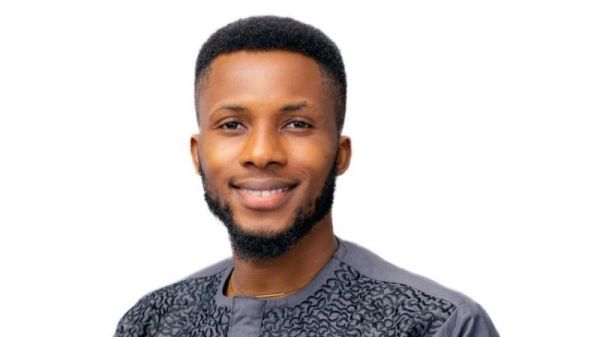 Brighto
Evicted Big Brother Naija housemate, Brighto in a recent interview since being evicted out of the show revealed the woman he would love to kiss in the house.
According to him, he would kiss Nengi if given the opportunity.
Brighto made this revelation this during his post-eviction media tour with one of the major sponsors of the show, Betway on Thursday.
Responding to when asked who he would kiss among Nengi, Wathoni and Dorathy, Brighto who was delighted at the question gladly chose Nengi.
“I’ll kiss Nengi if asked to choose among those three female housemates,” Brighto said.
In addition to his response, he revealed that he has plans for Wathoni outside the house. May be dating her and perhaps have a serious relationship.
Wathoni, Tolanibaj and him were evicted on Sunday after they scored the lowest votes from viewers.
He was nicknamed ‘Lord Baelish’ by viewers of the show. He also became close to Wathoni and Dorathy while in the house just before his eviction.
Meanwhile, Evicted Big Brother Lockdown housemate, Brighto has named three housemates that may possibly win this season’s N85 million grand prize.
In an interview with Ebuka Obi-Uchendu, the host of the reality TV show, on African Magic, Brighto named Nengi, Ozo and Prince as possible winners.
The male housemate nicknamed ‘Lord Baelish’ explained that Nengi, Ozo and Prince are on top of their games.
“For me there are three housemates likely to win. I’ll say Ozo, Nengi and Prince,” he said.
Brighto was evicted alongside Wathoni and Tolanibaj on Sunday after scoring the lowest vote.
His eviction came as a surprise to housemates because he had never appeared on the bottom four.
But last night, he emerged as the housemate with the lowest votes from viewers.
Top Stories