Recovered Drug Addict Shows Off Transformation After He Went Off Drugs


The man showed off his healthy looks compared to when he was still abusing drugs. 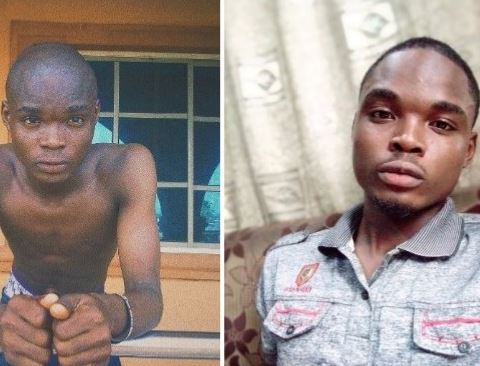 A Nigerian man who was former drug addict took to social media to share a before and now photo to show how his overall health and physical appearance improved when he stopped taking drugs.

@dandyseun looks healthier in his recent photo compared to how he looked when he was still abusing drugs.

Sharing the photos, he wrote: 'I said "No" to drugs. Then and Now." 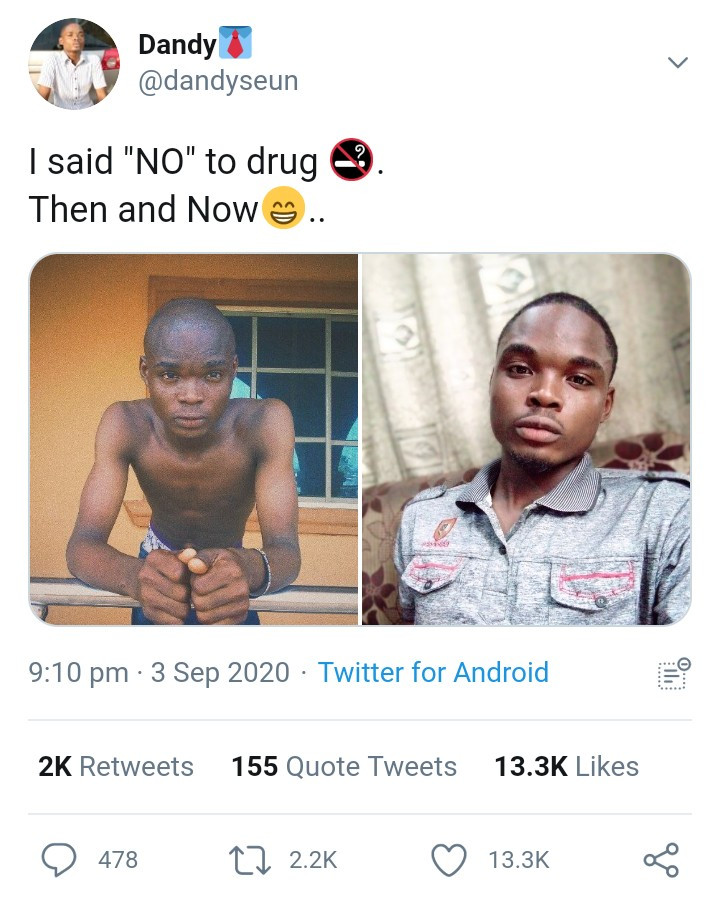