BBNaija: Fans Raise $19,000 For Erica After Her Disgraceful Eviction Yesterday


Following her unceremonious exit from the BBNaija lockdown house, Erica has received over $19,000 in donations. 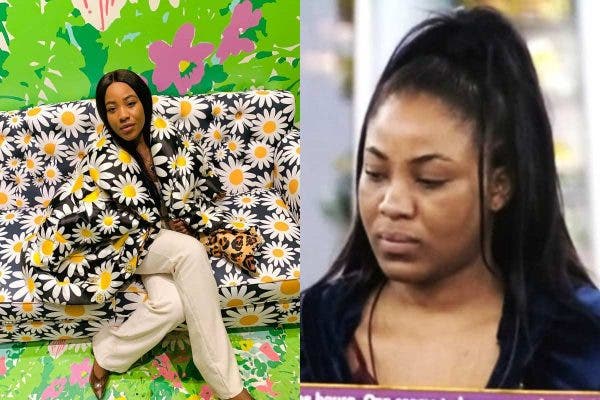 Erica
Diehard fans of disqualified BBnaija lockdown housemate, Erica have raised over $19,000 for her.
This came about after her fans known has ‘Elites’ started a ‘GoFund me’ just minutes after her disqualification.
In less than three hours, it was funded with over $13,000 of the targeted $100,000.
A description underneath the campaign page reads: “For Erica Nlewedim, the star of BBNaija season 5, Lockdown edition whose journey on the show came to an emotional end – To realize some of her hopes and aspirations.” 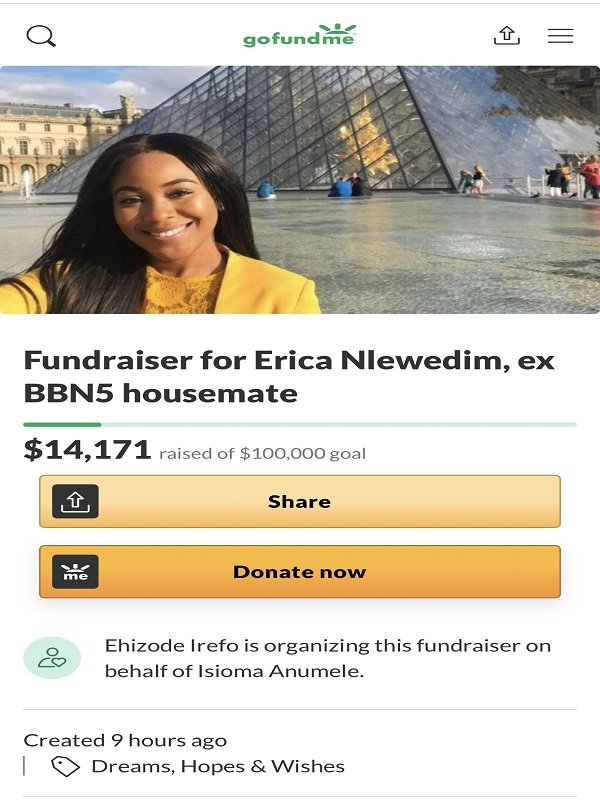 However Chief Executive Officer CMC cars, Chidi Mike, also took to his Instagram to promise Erica N2million among other donations.
She was disqualified for breaking the house rules, bullying, provocation and engaging with the production crew.
Big Brother also reiterated the rules of the reality show while addressing the Housemates on Sunday evening.
He said: “BBNaija rule book clearly states in Article 18 sub-section 1 that other types of violence, including provocation, goading, bullying, and victimisation may be punished by Big Brother in any way Big Brother chooses.”
However, Nigerians have slammed those raising money for the disqualified housemate accusing them of pursuing mundane causes when in actuality they could have used the money to save other people who are in need, and not one with stinking character.
Top Stories