A man has been seen talking incoherent words after getting down from his car in the middle of a busy road in Anambra. 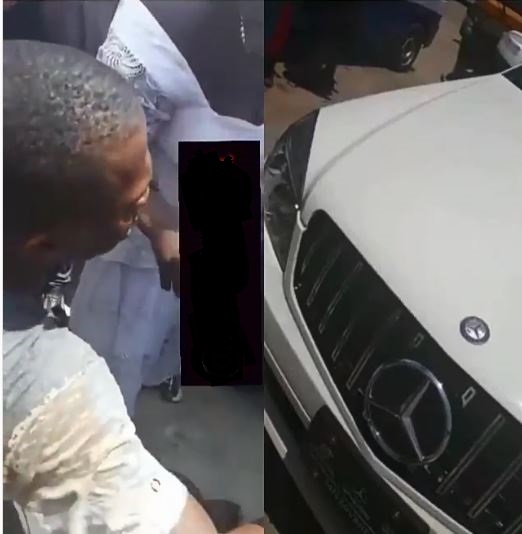 The man reportedly ran mad after alighting from his expensive car in Anambra
A yet-to-be identified Nigerian man has caused serious stir in Anambra after he alighted from his expensive mercedez benz and reportedly ran mad.
In the video shared on social media, the man could be seen on the road surrounded by a crowd of people pleading with him to enter his car. But, the incoherent man, sweating profusely only uttered gibberish.
Many people have alleged that he might be a suspected yahoo boy and has been caught in his own game.
Watch video below: