A woman who claimed the journalist preyed on her when she was a teenager has shared screenshots of their chat. 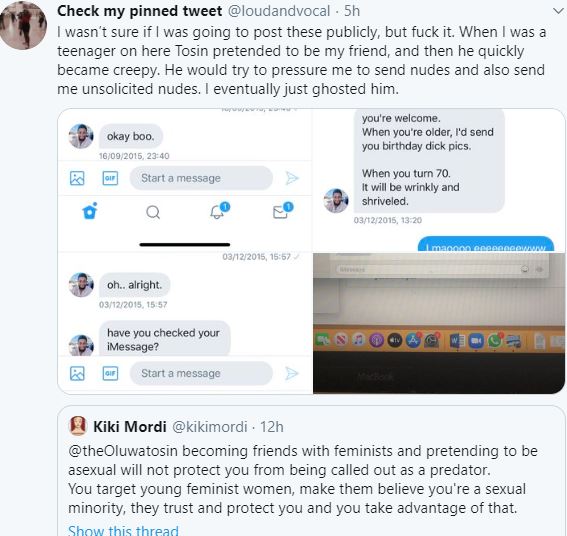 More women have come out to accuse a Nigerian journalist of assault after award-winning journalist Kiki Mordi called him out for allegedly taking advantage of girls and harassing them.

Oluwatosin Adeshokan is a Nigerian freelance journalist whose works have been published on multiple international publications.

On Thursday September 10, Kiki Mordi, who is friends with him, accused him of sexual misconduct.

Some women reacted, claiming to be his victims. Now one woman who claims he preyed on her when she was a teenager has shared screenshots of their chat.

In the chats purportedly exchanged with him, he allegedly requested her nude photos then promised to send her photo of his penis when she's old enough. He later sent her his eggplant photo without waiting for her to come of age.

Another woman also claimed he fingered her after which he called an uber for her then told her not to worry that she's still a virgin.

Oluwatosin has not responded to the allegations.

Below are screenshots of the chats; 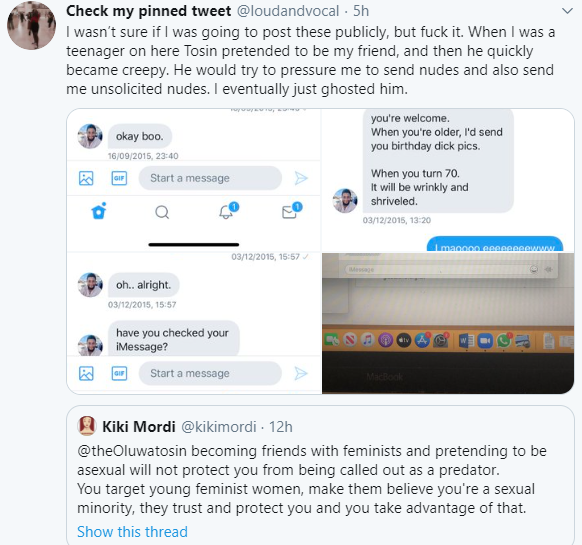 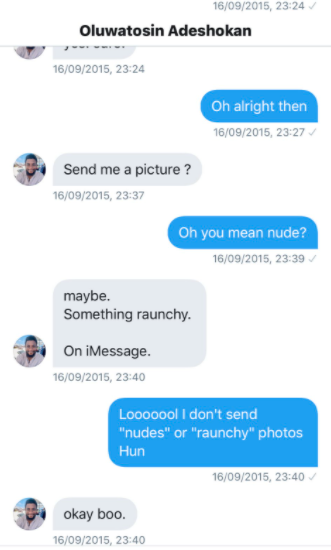 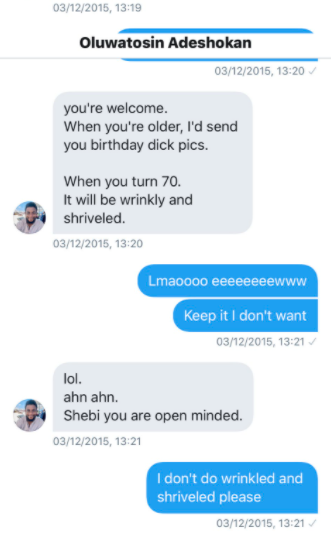 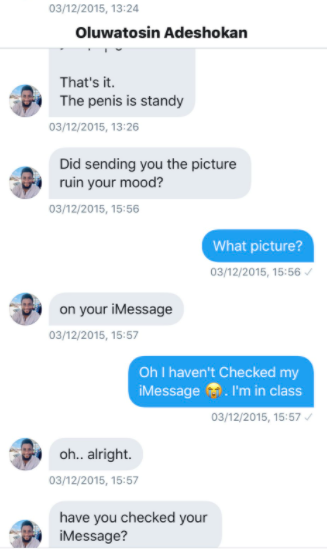 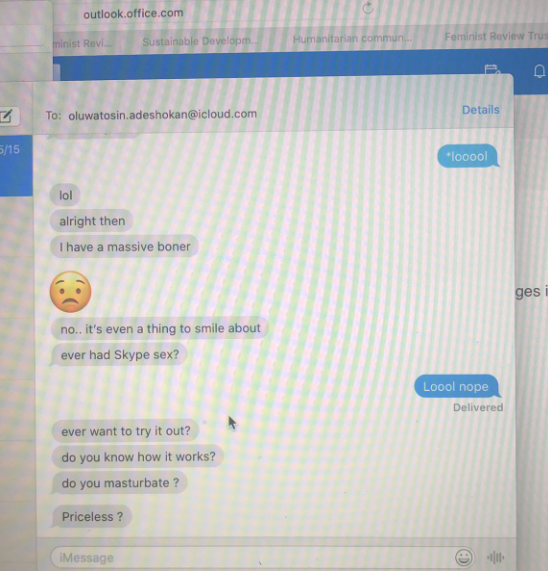