Workers have stopped Arik Air from commencing operations insisting on payment of their salaries. 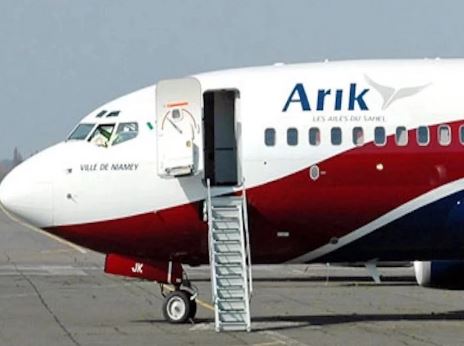 Arik Air
Aviation union workers on Monday shut down operations of Arik Air over alleged non-payment of staff salaries since April.
According to Punch, they claimed that the non-payment started after the company placed 90 per cent of the workforce on compulsory leave and other “anti-labour practices”.
The unions included the National Union of Air Transport Employees and Air Transport Senior Staff Services Association of Nigeria.
It was gathered that all Arik Air operations in Lagos were shut down, including airlines.
Details later…
Top Stories