'I Didn't Break My TV When Kiddwaya Got Evicted, It Was A Prank' - Soso Soberekon


Soso Soberekon has claimed he pranked people by sharing alleged video of him smashing his tv. 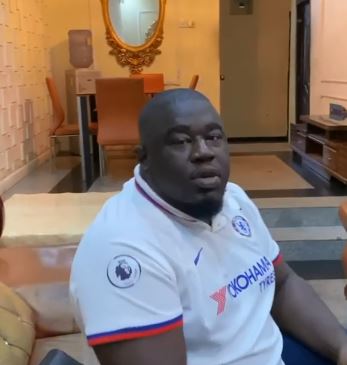 Soso Soberekon
Following criticisms that came his way after reports emerged that he broke his expensive television because of BBNaija reality show, Nigerian music executive and show promoter, Soso Soberekon has said it was all a prank.
Recall that we reported how he used a weapon to smash his television while reacting to Kiddwaya's eviction yesterday.
However, while reacting, Soberekon said he pranked his fans.
"Don’t believe everything you see on the internet😤. Breaking Television prank."
Many people have challenged him to show a video of the television screen without any scratch.

Don’t believe everything you see on the internet😤. Breaking Television prank😛——>Swipe