A date has been set for the burial of a woman shot dead by her pastor husband in US. 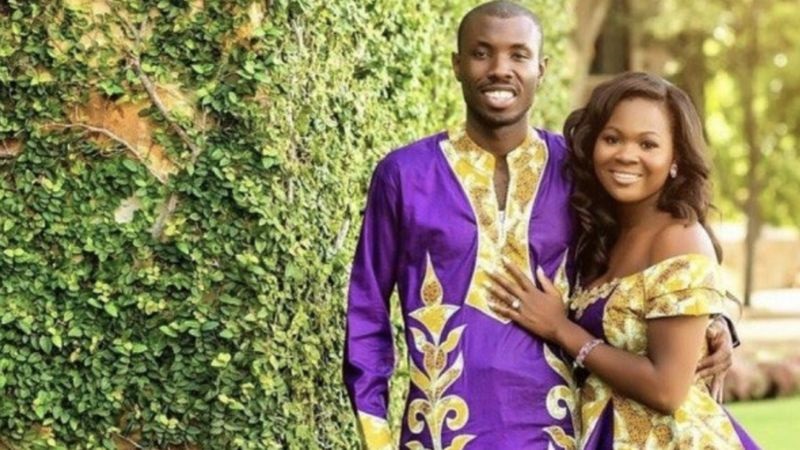 Pastor Ofori killed his wife with a gun in US
Barbara Tommey, the 27-year-old woman who was allegedly murdered in the US by her husband Pastor Sylvester Ofori will be buried on September 26.
According to the family, an early burial would help them get over the pain.
Ofori, a Ghanaian, shot his wife seven times on September 8 in front of her office in the US city of Orlando, Florida, according to the police.
Sister to the deceased Sophia Tommey revealed that Ofori killed his wife because she started divorce proceedings against him.
Speaking in Twii language during a radio show on Accra-based Hitz FM monitored by us, Sophia said Barbara moved out of her matrimonial home three months ago because she and her husband were no longer in agreement.
Ofori, 35, is the pastor of Floodgates of Heaven located at Coburn Avenue, Orlando.
He is currently in police custody on charge of first-degree murder after CCTV cameras caught him in the act.
According to Orlando Court records obtained by Igbere TV, Ofori was arrested in 2016 after a fight between him and his wife.
Sophia said Ofori killed her sister because he knew he would lose everything if the divorce process is completed.
A video had gone viral days after the shooting showing Ofori threatening to kill Barbara.
Ofori held Kweku Perry, the deceased’s brother, by the neck and said: “If I don’t kill your sister then I am fake”.
He had also made posts on Facebook with harsh tones during the divorce process.
Friends and family members of the late Barbara had advised her to report the death threats but she refused on the grounds that she feared he would be deported.
Top Stories