Kassim and Aliyu were arrested and detained over an alleged robbery that took place at their father’s Lagos residence on September 2. 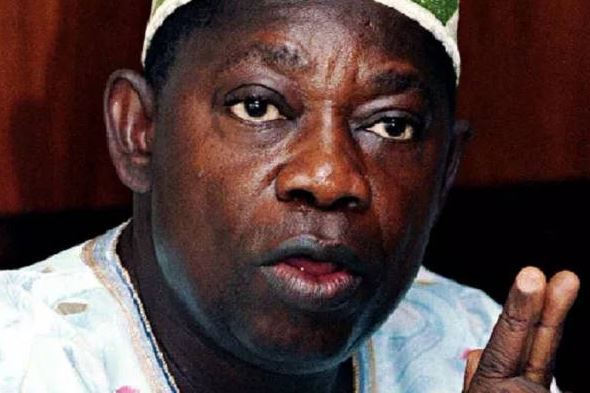 Kassim and Aliyu, two sons of the late winner of the June 12, 1993 election, Moshood Abiola, were yesterday freed after being detained by the police for 13 days.

They were arrested and detained over an alleged robbery that took place at their father’s Lagos residence on September 2.

The two were detained at the Special Anti-Robbery Squad in Ikeja as against the position of the law that forbids detention of suspects for more than 48 hours.

The police had charged the suspects held in connection with the robbery, including a personal assistant, gardener and laundryman to Magistrate Court 1, Ogba, for conspiracy, burglary, stealing and other related offences.

Nine persons, including two sons of MKO Abiola, have been in police custody after some gunmen on September 2, invaded the residence of the late businessman in Ikeja, and carted away some valuables.

While the two sons claimed their arrest was sequel to a complaint that was lodged by their step-mum, Adebisi Abiola, after the robbery incident, the step-mum said they were arrested owing to their unruly acts to the police officers during interrogation.

Also, the duo approached a Lagos State High Court in Ikeja for the enforcement of their fundamental rights and demanded N100 million as compensation.

However, the first daughter of late politician, Lola Abiola-Edewor, on Tuesday signed an undertaken with the police seeking the release on bail of her two brothers and their internal staff.

As at 3.30p.m. yesterday, she was sighted within the Nigeria Police Force premises trying to perfect the release documentation.

Their release was confirmed by their lawyer, Mike Ozekhome. He said their bail was secured around 3:00p.m.