Chelsea Ireland and her long-term partner Lukasz Klosowski, both 19, were killed while visiting Lukasz' estranged dad, 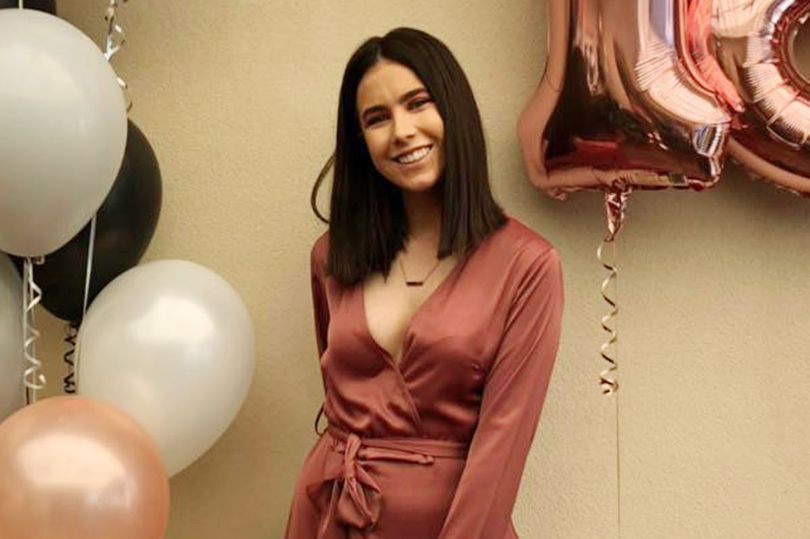 Chelsea Ireland, 19, was shot dead along with her boyfriend at a property in August (Image: Ireland Family)

The parents of a "beautiful" teenager shot dead along with her boyfriend have opened up about the last conversation they ever had with her.

Chelsea Ireland and her long-term partner Lukasz Klosowski, both 19, were killed while visiting Lukasz' estranged dad in Mount McIntyre, south of Adelaide, on August 22.

Pawel Klosowski, 46, was later arrested and charged with their murders.

Greg and Debra Ireland were devastated by Chelsea's death, and have revealed their final moments with their beloved daughter on the morning before the tragedy.

The young couple were about to set off on a drive to Klosowki's home.

"I went in and kissed her goodbye and said 'be careful on that road' and she said 'oh, what do you think Lukasz is going to do? He's not stupid'," Mrs Ireland told The Advertiser.

Mr Ireland also gave his daughter a hug and told her he loved her.

"From an early age, I've always said to the girls 'dads always need hugs' so I go up, give them a hug and tell them I love them... so I did that with Chelsea," he said.

Chelsea's older sister Maddie, 21, texted her for the last time on the day before her death, asking if she'd seen the double rainbow in the sky.

Mr and Mrs Ireland received a knock on the door of their Adelaide home after midnight on August 23, and police officers delivered the horrific news.

Chelsea and Lukasz had been gunned down at the large property where Klosowski lived with his wife. Two of the accused killer's stepchildren, all under 14, witnessed the shooting.

Mrs Ireland said her daughter had only met the man four times, despite having been in a relationship with Lukasz for several years.

The Ireland family is still in shock at the deaths of the young couple. Chelsea and Lukasz dated for several years and had travelled the world together, exploring his Polish heritage.

At the time of the shooting Lukasz was studying journalism and working at KFC, while Chelsea was enrolled in mechanical engineering and working at a bakery.

Chelsea's family say she was an adventurous and kind young woman who donated her long hair to cancer patients when she was 15.

She also volunteered for Puddle Jumpers, an organisation that helps care for vulnerable people and young children, which said Chelsea was "beautiful and kind-hearted".

"I just keep wishing I could have said to her don't go but she was 19, she had travelled Europe on her own," Mrs Ireland said.

"She was street-smart, independent, strong-willed – there was no way I could have held her home, but I just wish I could have."