The group got three wheelbarrows and coloured each one after each of the Otedola daughters' cars. 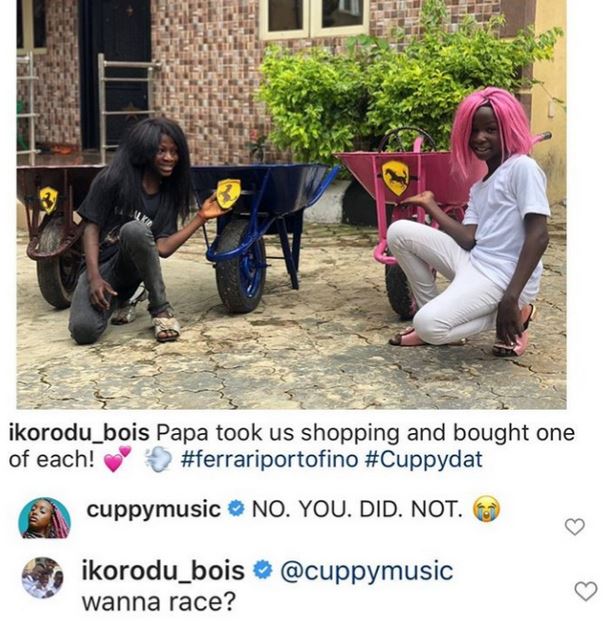 Ikorodu Bois got DJ Cuppy's attention when they recreated the photos she shared announcing her father had bought new Ferraris for her and her sisters.

They got three wheelbarrows and coloured each one after each of the Otedola daughters' cars. They added a sample of the Ferrari logo to the wheelbarrows then posed in front of it while wearing wigs in pink (to represent Cuppy) and black (as Temi Otedola).

"Papa took us shopping and bought one of each," the boys captioned the photo.

DJ Cuppy reacted to the photo, writing: "NO. YOU. DID. NOT." alongside a cry-laughing emoji.

Ikorodu Bois reacted, challenging her to a race just as her sister Temi did after they took delivery of their luxury cars.