The film star recently joined the Benz gang after acquiring a Mercedes. 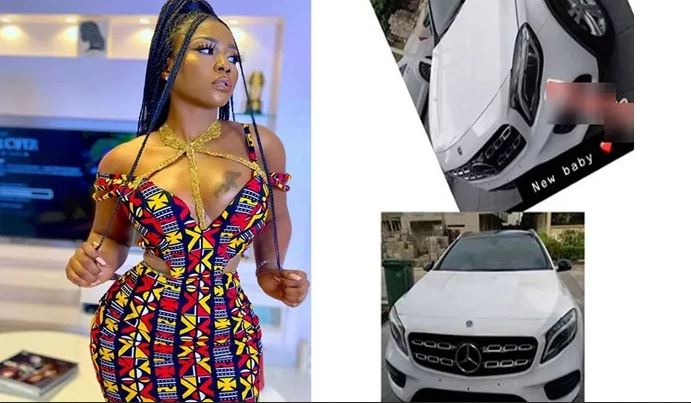 The 28-year-old Edo born actress who showed off her new car via an Instastory post, captioned the post “New baby is home”

See the snap of the car below;

Lilian Afegbai is a Nigerian actress and producer, She is an Ex Big Brother Africa Housemate. In 2018 she won the Africa Magic Viewers’ Choice Awards for Indigenous movie of the Year for her production debut Bound in 2018.

She earlier this year warned followers not to envy people whose lifestyles are funded on crime and fraud.

Lilian Afegbai says sometimes, people that are being envied have questionable sources of income and they should never be made the standard.

She shared a beautiful picture of herself which she captioned;

"Don’t envy what you don’t understand. Many people have lifestyles that are funded on crime and fraud and other questionable sources and it’s important not to make them your standard.

Face your front and your own journey".