Besides the unbelievable revelation of the dead, N207million has also been uncovered as being stolen and paid as salaries to fake civil servants in the state. 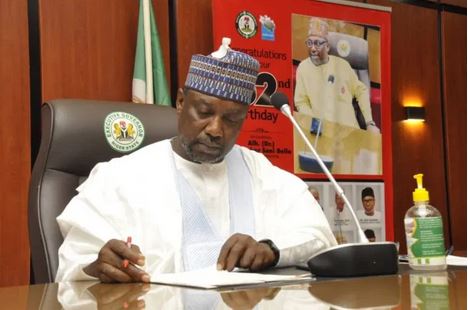 According to a report by Vanguard, as many as three hundred and thirty-three certified “dead civil servants” have been uncovered on the payroll of Niger State government for the past two years.

Besides the unbelievable revelation of the dead, N207million has also been uncovered as being stolen and paid as salaries to fake civil servants in the state, amounting to about N5 billion in the past two years.

Chairman of the Screening Committee set up by the state government to fish out the ghost workers from the state civil service who is also Commissioner for Works, Ibrahim Mohammed Panti, who disclosed this in an interview, said the screening is continuing, adding that more revelations are still likely to unfold.

He said those mostly involved are accounts officers and other staff from the state Ministry of Health, adding that they are among the 80 civil servants sacked last week.

“Out of the purported 27,000 civil servants on the payroll of the state government, only 15,907 of them have been discovered to be our genuine workers so far. There are 3,923 workers from different ministries still having pending issues and are still being investigated. This set of people had entered the state civil service with fictitious certificates and their names found on the payroll of the state. Within the last two years, 333 dead civil servants who had been certified dead are still drawing salaries from the state government and all these fraud must stop,” the chairman declared.

Panti said 1,029 civil servants whose names are on the payroll are yet to appear for screening, adding that by the end of the screening, they will be officially declared as ghost workers if they refuse to appear before the screening committee.

The commissioner disclosed that all civil service rules were duly followed before they were dismissed, stressing: “All those involved have given confessional statements on their involvement in the fraud and officials of Labour in the state are aware of this development.”

He said besides being dismissed, all those found guilty will also be prosecuted, pointing out that unlike before, “the present revelations are too weighty to be swept under the carpet”.