Following Edo state governorship victory by his party, Nyesom Wike has returned to have fun with his wife. 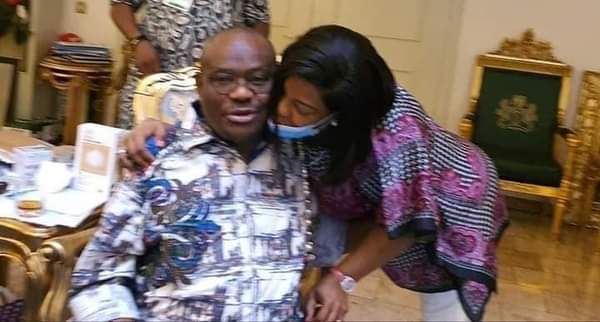 Governor Nyesom Wike gets a peck from his wife after Edo election victory
Governor Nyesom Wike after leading his party to victory in Edo state has been welcomed by his wife with a peck on arrival to Rivers State.
Recall that Governor Godwin Obaseki yesterday won Edo State governorship election and Wike was one of the party members who made sure that the party won the election.
Here are photos below: 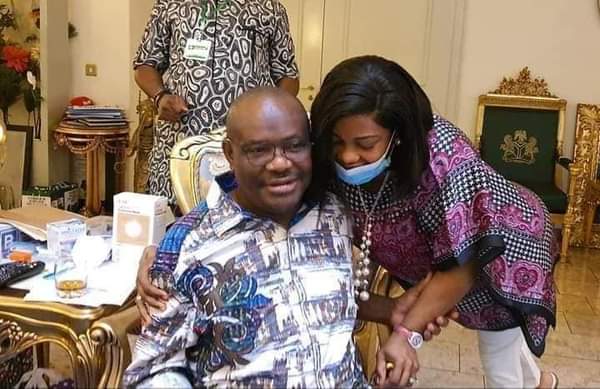