A photo shows a dad walking his daughter down the aisle while holding a bottle of beer in his left hand. 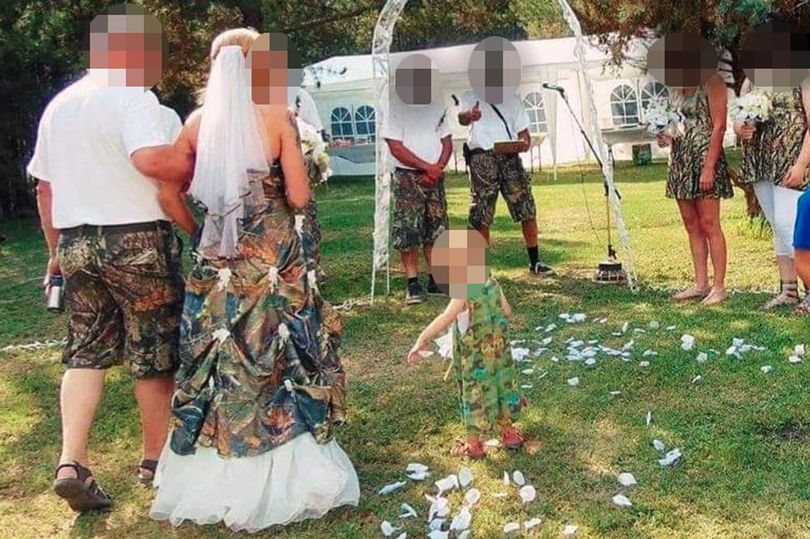 The dad was spotted carrying a beer with him down the aisle (Image: That's It, I'm Wedding Shaming / Facebook)

Traditionally, the father of the bride will walk his daughter down the aisle on her wedding day.

Usually the dad will clutch onto the bride as he prepares to give her away at the alter.

But one party had a slightly unconventional entrance and people weren't too pleased about it.

A photo shows a dad walking his daughter down the aisle while holding a bottle of beer in his left hand.

Posting on Facebook, in the That's It, I'm Wedding Shaming group, images also show the wedding party in an unusual dress code. 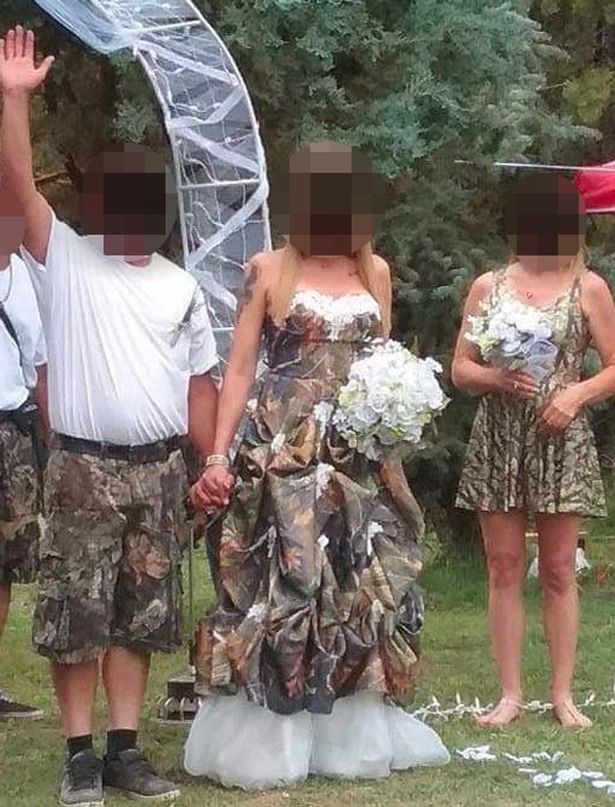 Instead of a traditional white gown, the bride opted to wear a full camouflage ball gown.

As for the rest of the group, the dad, groom and groomsmen snubbed a tux for camouflage shorts and a white top.

The bridesmaids were all wearing a sleeveless dress with the same hunting print on their outfits.

According to the Sun, the caption read: "These are pictures from a person I actually know.

"I particularly like the beer in her dad's hand as he walks her down the aisle."

It is believed the post racked up 200 likes from unimpressed group members.