It was learnt that the two love birds tied the knot at a mosque and the event was low-keyed attended by a few representatives. 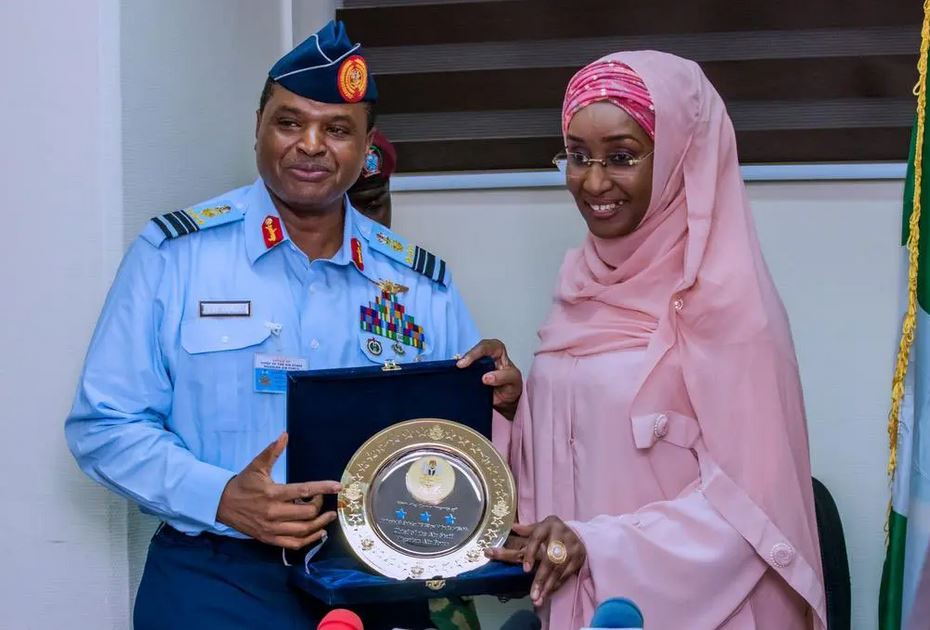 According to new reports, the Minister of Humanitarian Affairs, Disaster Management and Social Development, Hajiya Sadiya Umar Farouq and the Chief of Air Staff, Air Marshal Sadique Abubakar have tied the knots.

DailyTrust reports that the wedding Fatiha between the two top government officials, held last Friday, September 18, 2020, at the Maitama Juma’a Mosque in Abuja.

“It is true that the chief of air staff and the humanitarian affairs minister have gotten married. Very few people were invited to attend the wedding fatiha because the couple and those close to them didn’t want to publicize the issue'' a source told DailyTrust.

Another source said the two have been in love for some time.

“They have been in a relationship for a while and what happened on Friday has put to rest all the speculations about her relationship with President Muhammadu Buhari,” he said.

Hajia Farouq made news in October last year when it was widely speculated that she was set to wed President Buhari. The Presidency released a statement dismissing the report.

The Chief of Air Staff is from Bauchi State and is already married to two wives with children.