A photo of lesbian couples have stirred controversy online after it was shared on social media. 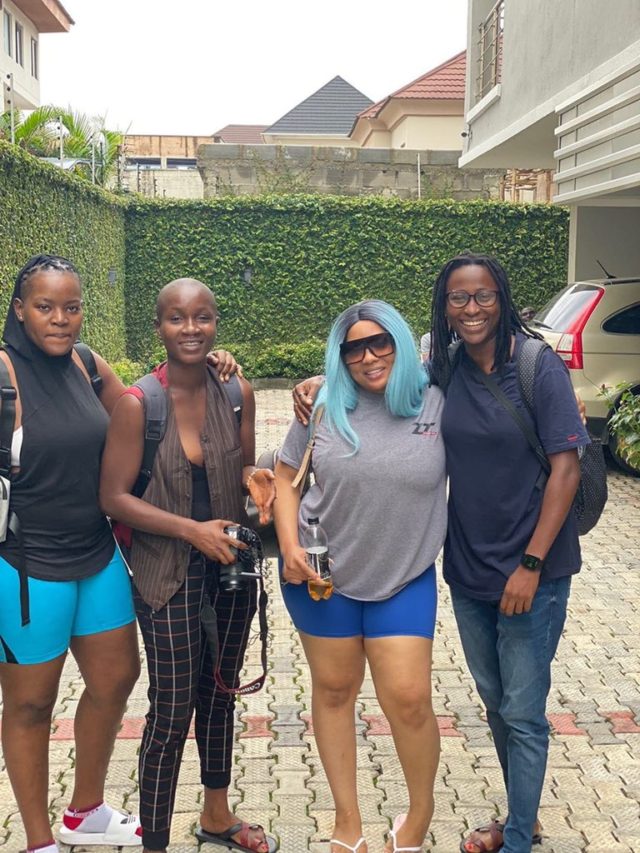 The lesbian couples
A Nigerian lesbian Amara has taken to Twitter to flaunt her partner and another lesbian couple.
Amara while sharing the photo said that they are lesbianning and loving.
She wrote:
“this picture is important!!! two lesbian couples in Nigeria..lesbianing and loving. #whenthegaysgather”
The post has however stirred different reactions from netizens. While some commended their courage to publicize their relationship despite knowing the stance of the government on lesbianism, many others hurled insults on the couple.
A Twitter user @mcabbey1 wrote,
“That is why God abandoned them to their shameful desires.Even the women turned against the natural way to have sex and instead indulged in sex with each other. And the men, instead of having normal sexual relations with women, burned with lust for each other… “.
@okunolarotimi wrote, “All shades of wrong..if it were guys now, you all will go ballistic.”
@chu_kwu_du_bem wrote, “You man should let them be and stop telling them they would be tracked because they won’t , Niggas advertise marijuana all day here” 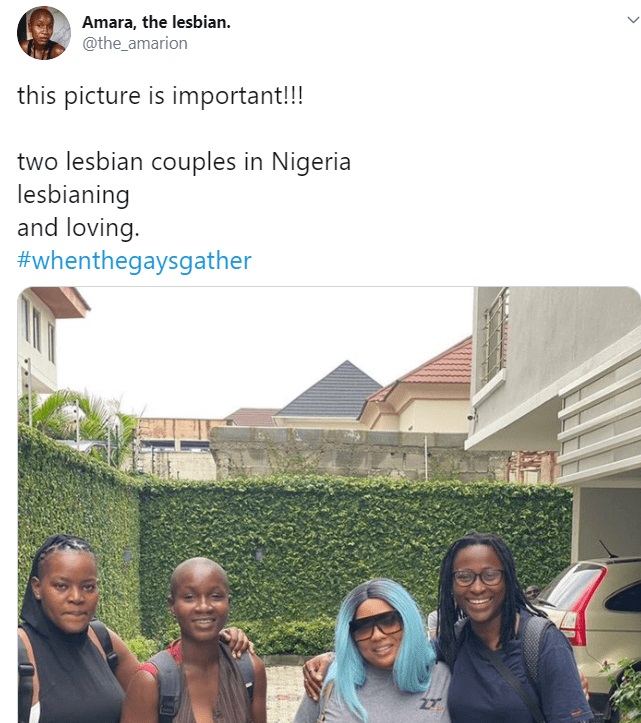