The deputy governor of Adamawa State, Crowther Seth has lamented after thieves broke into his office and stole valuables. 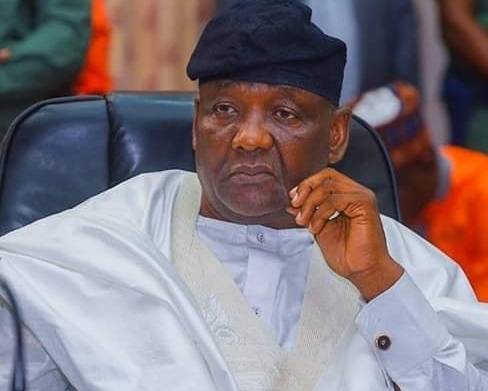 Crowther Seth
It is a hard time for the deputy governor of Adamawa State, Crowther Seth after thieves burgled and carted away valuables from his office complex.
According to SaharaReporter the deputy governor’s office was burgled four times in two months, leading to the loss of three television sets, one window-sized air conditioner among other valuables.
A senior administrative officer in the office, Audu Kirya, confirmed the incident to journalists.
He said, "The office had recorded  four different burglaries in two months.
"Three television sets, one window-sized air conditioner, among valuables carted by the thieves."
He attributed the reoccurrence of the burglary to poor security measures.
Commenting on the frequent theft, Chief Press Secretary to the deputy governor, George Kushi, described it as regrettable.
He expressed concern at how an important office like that of the deputy governor could be so frequently burgled.
He said, "That means even top government confidential documents were not safe."
Chief Security Officer to the deputy governor, Usman Daura, said members of a vigilante group have been drafted to augment the services of the police.
He said, "Among the measures include the deployment of trained vigilante group to man the office on a daily basis and to  cover where police could not cover.
”Also, the security unit of the office had invited police detectives from Jimeta Division to investigate the incidences.”
Top Stories