He arrives at Atletico following the departure of Alvaro Morata, who rejoined Juventus earlier this week. 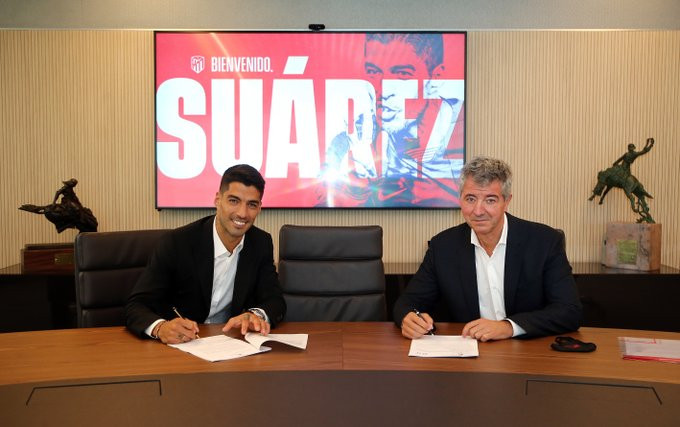 Spanish giants, Atletico Madrid have completed the signing of striker Luis Suarez from La Liga rivals Barcelona for only £5.5m

The Uruguay international, 33, had one more year to run on the contract he signed with Barcelona in 2016, but was told by new head coach Ronald Koeman that he was no longer required at the Camp Nou.

On Friday, Suarez had a medical at Atletico before signing a two-year deal with the club.

A statement from Atletico read: 'We welcome to our team one of the world’s most prolific strikers, who gives his all on the pitch and has proved his quality on the most demanding of stages.'

He arrives at Atletico following the departure of Alvaro Morata, who rejoined Juventus earlier this week.

Suarez arrived at Barcelona from Liverpool in a £65million fee and has won four LaLiga titles, four Spanish Cups, the 2015 Champions League, and Club World Cup titles with Barcelona. He scored 195 goals and provided 113 assists in 283 outings for the club before his exit.

The announcement comes after Lionel Messi launched a fresh attack on the club's hierarchy for the way the club treated his friend Luis Suárez and pushed him out of the club.