It was gathered that the lecturer allegedly intimidated, sexually harassed the student before impregnating her. 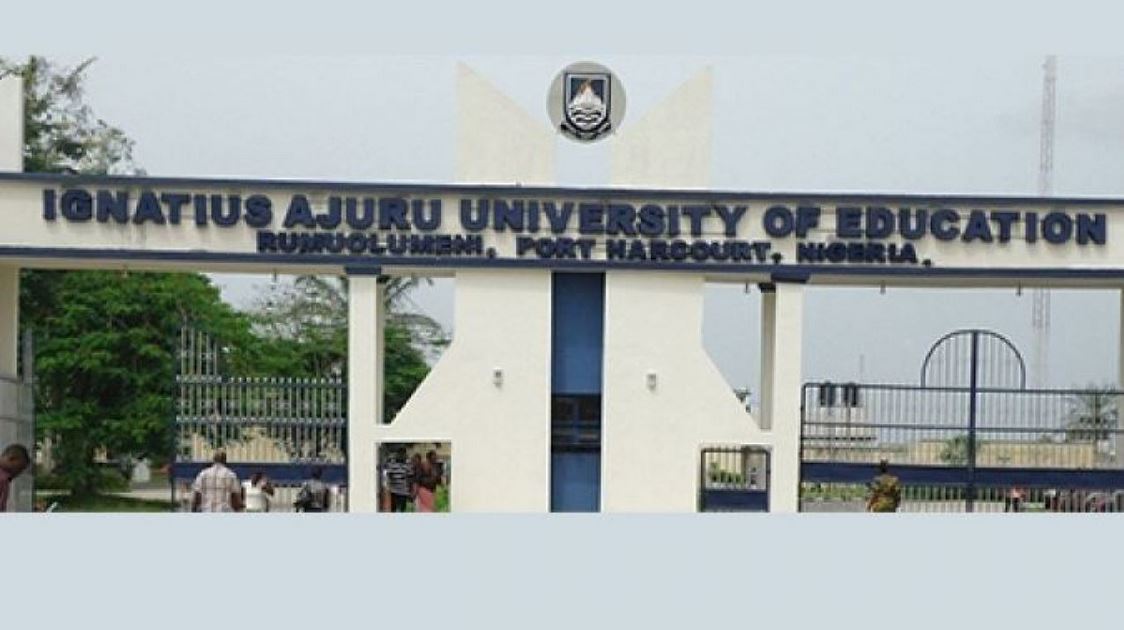 Dr Rowland Uchechukwu Igwe,  a Sociology Lecturer of Ignatius Ajuru University of Education (IAUE) has been suspended by the management for allegedly impregnating a student.

It was gathered that the lecturer allegedly intimidated, sexually harassed the said student before impregnating her.

Vice Chancellor of the University, Prof. Ozo-Mekuri Ndimele, who confirmed the development in a statement on his personal Facebook account, on September 24, said the undergraduate suffered health complications as a result of the pregnancy.

"The Management of the Ignatius Ajuru University of Education has placed a lecturer, Dr Rowland Uchechukwu Igwe of the Department of Sociology on an Indefinite suspension on an allegation of serial intimidation, sexual harrassment and undue canal knowledge of a female undergraduate which resulted in her impregnation and other health complications."

"The matter has been referred to the Council-Senate Committee on staff disciplinary matters for further investigation." the statement reads. 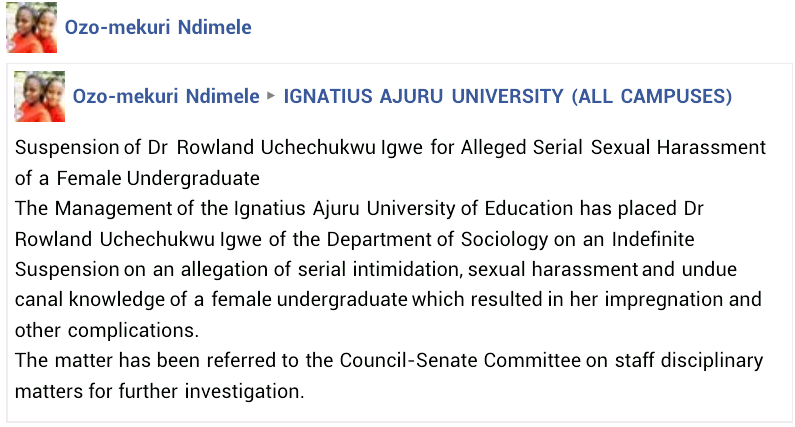