Burna boy has warned Sowore to leave him out of the protest he intends holding. 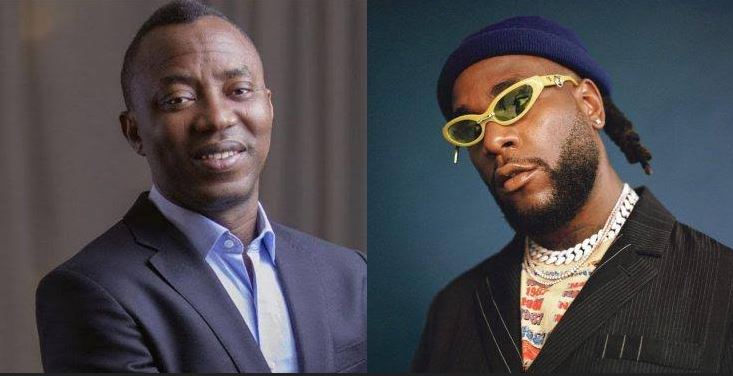 Grammy Award Nominee, Burna Boy has hit back at RevolutionNow convener, Omoyele Sowore after being invited to a #RevolutionNow protest scheduled to hold on October 1.

The media personality and former Presidential candidate of the African Action Congress (AAC) sent out the invitation via a tweet in  which he stated how Burna Boy has been described as a revolutionary musician and also compared to late music legend, Fela Kuti.

"Hello @burnaboy, everywhere I turn people describe you as a revolutionary musician, the foreign media even celebrate you compare you to Fela Kuti, but I am yet to see you lead anyone to a police station carrying a coffin for head of state! Join #Oct1stProtest #RevolutionNow" 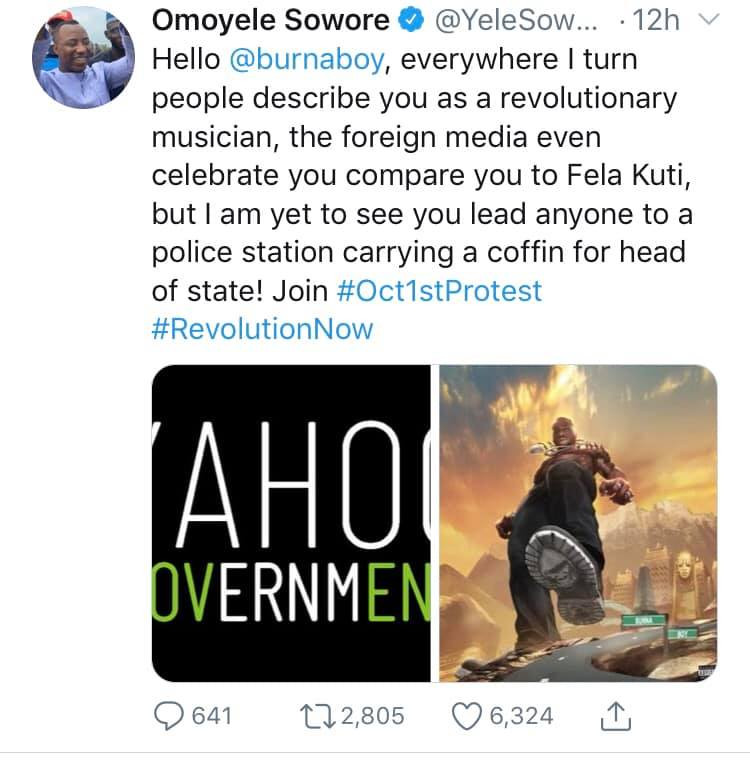 Burna Boy however declined the invitation by insisting that he is not Fela Kuti. He also recalled how people stayed away from his mother's family for associating with Fela. 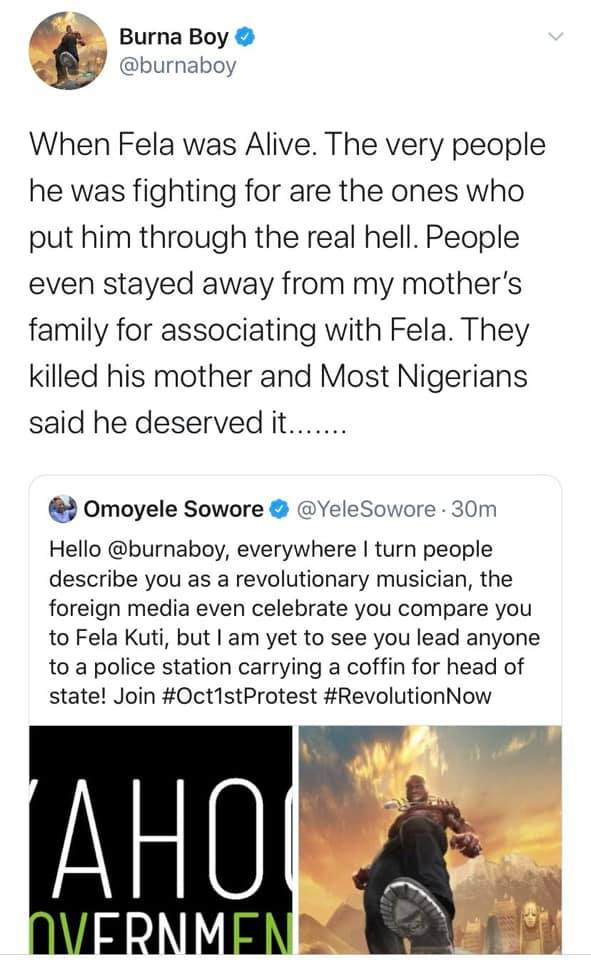 Reacting to Burna Boy's insistence on not being Fela, Sowore insinuated that the singer portrays Fela's character when it is artistically convenient. The media personality also shared old tweets in which Burna Boy claimed Fela lives in him and also wore panties on stage like the late music legend. 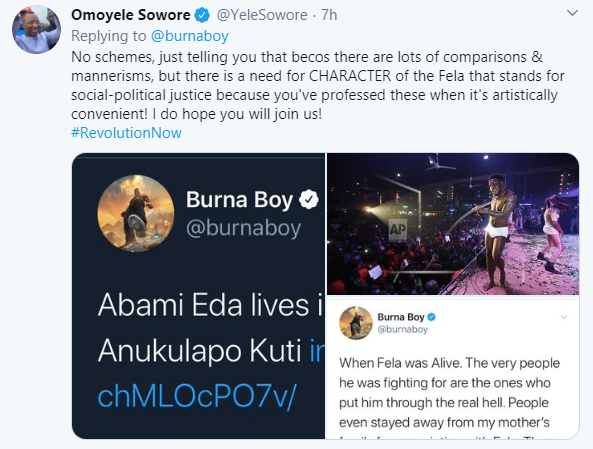 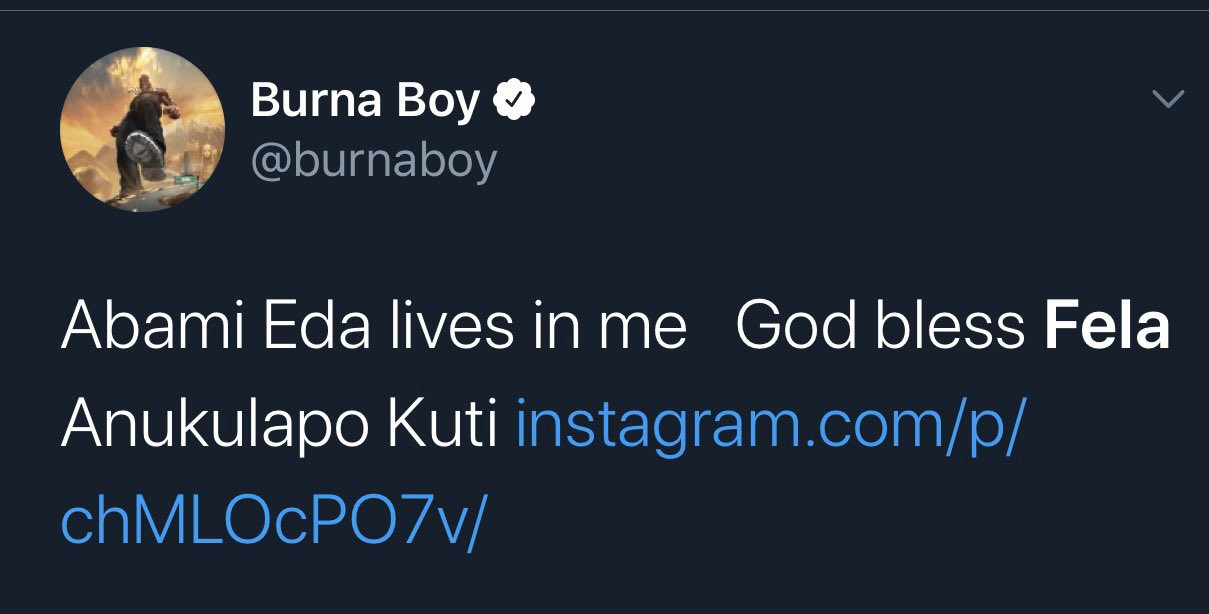 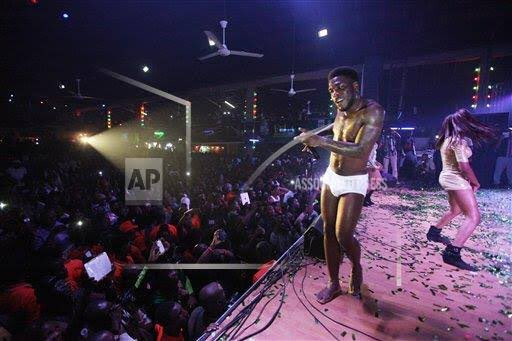