The Nigerians were arrested and arraigned for human trafficking. 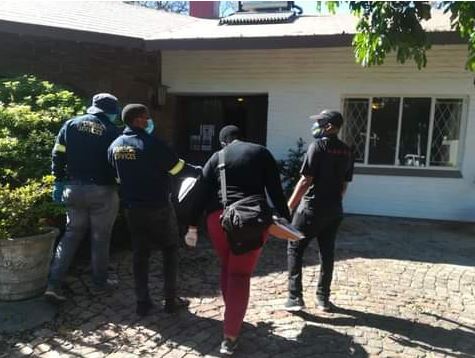 This follows after members of the Hawks, Crime Intelligence, K9, Tactical Response Team, Crime Scene Investigation and Home Affairs raided guest houses that were used as brothels in Kuruman and Rustenburg and rescued 11 victims of human trafficking on Sunday morning. Five suspects were arrested.

Hawks spokesperson Brigadier Hangwani Mulaudzi, who confirmed the development on Tuesday, September 29, said that three of the suspects - Chikwuma Emmanuel Ibekwe, 37, Emmanuel Ikechkwu Okafor, 28 and Ifeanyi Michel Udechi, 30, appeared in the Kuruman Magistrate's Court on Monday and were remanded in custody.

The case was postponed until October 6.

Mulaudzi stated that the two other suspects, who were arrested in Rustenburg, were expected to appear in court on Tuesday.

He said that the female victims who are between the ages of 20 and 39, were working as prostitutes at the guest houses after they were allegedly lured by the suspects with the promise of jobs.

Mulaudzi said that all the premises have since been closed down.

The Hawks seized an undisclosed amount of money, receipt books and three vehicles, which were allegedly used in the commission of crime, from the guest houses.