The many fans had different musical instruments with which they performed and hailed Kidd. 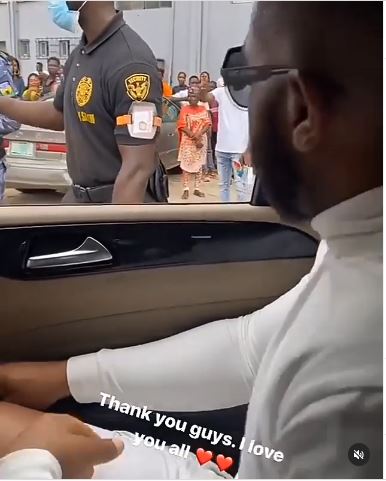 Some fans of Kiddwaya, the Big Brother Naija season 5 housemate, showed their love for him today when they came out in their numbers to get a glimpse of him.

The BBNaija star was in a car when he passed by the large crowd showing him love. The fans had different musical instruments with which they performed and hailed Kidd.

Some tried to reach too close to the car but were stopped by security operatives on foot who were guarding Kiddwaya's car.

The reality star thanked his fans for the love and later shared a video on Instagram, writing: "Thank you guys. I love you all."