CDQ Calls Out Seyi Tinubu For Disrespecting Him


The rapper said he became something from nothing and won't tolerate disrespect. 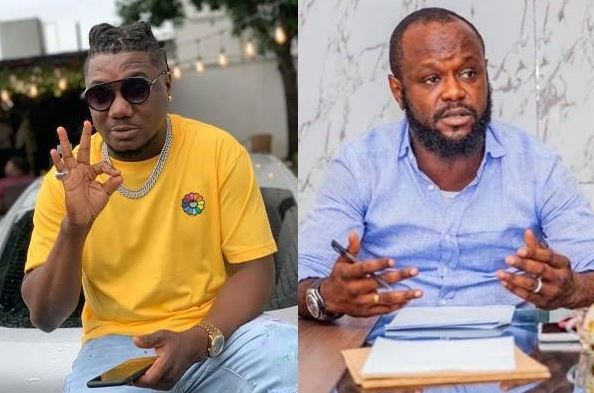 In his call out post, the rapper said he became something from nothing and won't tolerate disrespect. He also said, if the younger Tinubu has been doing it to many, he won't do it to him.

His call out; “Seyi Tinubu I’m bouta compose an article for you about what you did to me last night @ David’s house.I might not be born with silver spoon like you but bruh I’m a fighter and a strong hustler that germinated from the slum to where I am today. I won’t take disrespect from anyone.” (sic)". 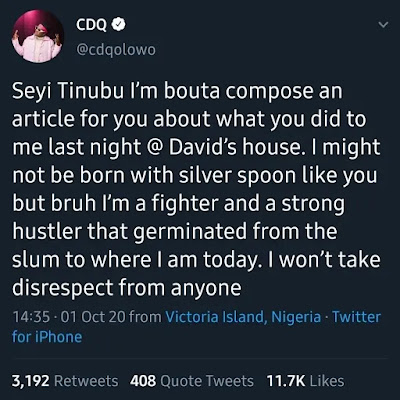