Two musicians from Nigeria have been nominated for the 2020 MTV EMA awards. 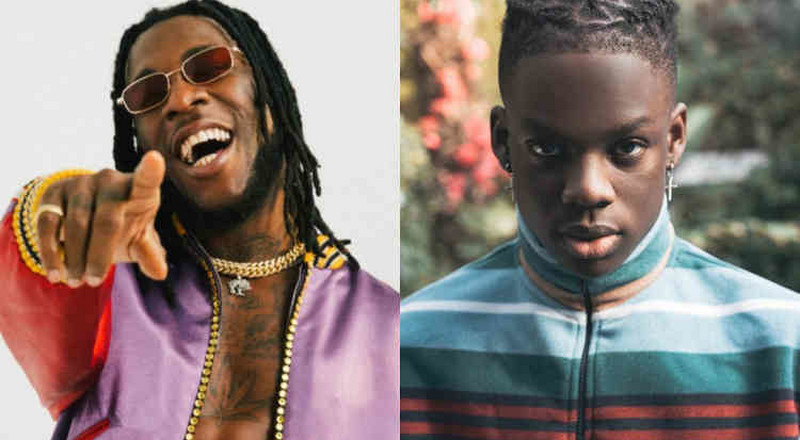 Burna Boy and Rema
Nigerian singers Burna Boy and Rema have been nominated for the Best African Act in the 2020 MTV EMA Nominations.
The announcement was made yesterday by MTV.
The report by Vanguard revealed that BET Awards 2020 winner and Grammy nominee, Burna Boy has once again been nominated in the Best African Act, a category he won in 2019. Other African singers in the category include, Master KG, Kabza de Small and DJ Maphorisa (South Africa), Sheebah (Uganda), Gaz Mawete (Democratic Republic of The Congo and Rema (Nigeria).
Commenting on the announcement, Monde Twala, Senior Vice President and General Manager of ViacomCBS Networks Africa, said “The 2020 MTV EMAs is one of the biggest entertainment stages in the world and this year’s African nominees are undoubtedly making their presence felt globally. This affirms our commitment to ensuring that we continue to celebrate our diverse talent on international platforms. Congratulations to all our African nominees on this achievement.”
Global star Burna Boy commenting on his nomination added, “A big thank you to my MTV family for nominating me again for this award and to my fans all over the world for listening to and supporting my music.“
On the international scene, Lady Gaga is in the lead with seven nods, including “Best Artist,” “Best Pop,” and “Best Video” for her duet with Ariana Grande, “Rain On Me,” which also secured a position in the “Best Song” and “Best Collaboration” categories. BTS and Justin Bieber each received five nods, within categories including “Biggest Fans” and “Best Pop.”
The nominations include three new categories: “Best Latin,” “Video for Good” and “Best Virtual Live.” The “Best Local Act” category returns, with nominations including: Lady Gaga, Megan Thee Stallion and Cardi B for “Best US Act,” Justin Bieber and The Weeknd for “Best Canadian Act” and Dua Lipa for “Best UK & Ireland Act,” and more.
Marking the 27th edition of one of the biggest nights in global music, the “2020 MTV EMAs” will unite fans at home with the world’s hottest names in music. Details on performers and presenters will be announced soon.
Top Stories