The woman was arrested alongside two other suspects by men of the Edo State Police Command for alleged armed robbery. 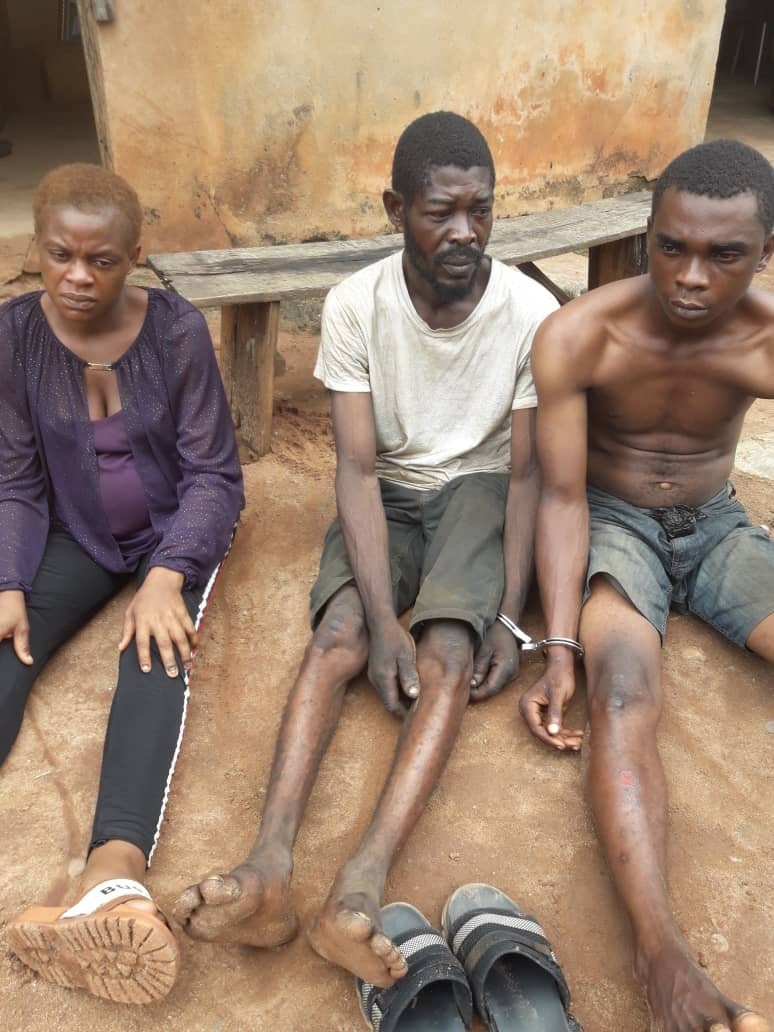 In what will come across as a really shocking development, a woman who is actually 9 months pregnant has been arrested for armed robbery.

The woman was arrested alongside two other suspects by men of the Edo State Police Command for alleged armed robbery.

Speaking on the operations of the suspects, Nwabuzor said the 2 male suspects usually place the woman on the roadside pretending to be in labour for unsuspecting road users to stop and then they will attack and rob.

On how they were arrested, the police spokesperson said: ''A man driving a Toyota Car met the lady at M.M Way in Benin and stopped to help. The men later alighted and forced the man to drive to Upper SAKPOBA road where the car was snatched. The car was to be dismantled ås spare parts for sale when the police from Ugbekun Division swooped in on them and arrested the suspects.''

Nwabuzor added that many cars have been snatched by the syndicate in the same manner.

When interrogated, the pregnant woman claimed her man lured her into the crime.