Drama As Teachers Chase Out Pupils From Classrooms In Abuja (Photos)


Angry teachers in Abuja have chased home students who resumed today for school. 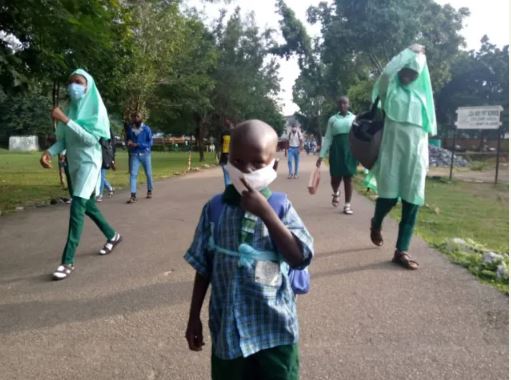 The students chased home in Abuja
A dramatic incident has played out today in Abuja after teachers chased their pupils home over refusal of the government to implement the new minimum wage.
According to Vanguard, the teachers under the aegis of the FCT Council of the Nigeria Union of Teachers NUT said Area Council Chairmen in the territory have refused to implement the national minimum wage as well as payment of arrears.
When Vanguard visited the LEA Primary School Kubwa which also houses the Junior Secondary School, Kubwa, the pupils had been chased out of their classrooms from as early as 8am. Only students of the junior secondary school were allowed in, as secondary school teachers had been paid by the FCT Administration.
Earlier in September, Chairman of the Union, Stephen Knabayi had directed members not to resume work whenever schools were reopened.
He said while the Federal Capital Territory Administration FCTA has commenced the payment of the new minimum wage, the six Area Councils in the territory who are saddled with the payment of primary school teachers have refused to budge.
The FCTA had on October 8 slated the reopening of schools in the territory for Monday, October 12, announcing the cancellation of Third Term and equally warning private schools against demanding fees for the cancelled term.
FCT Minister, Malam Muhammad Musa Bello who gave the directives at stakeholders meeting in Abuja, however, added that all boarding schools would be reopened a day earlier. 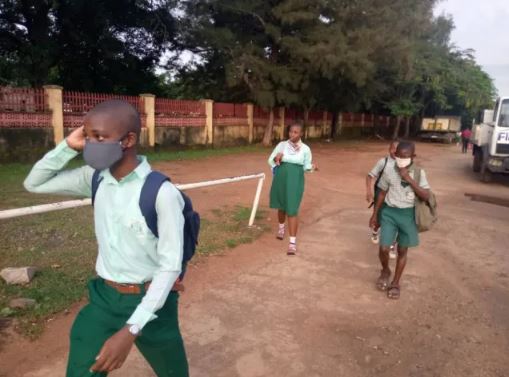